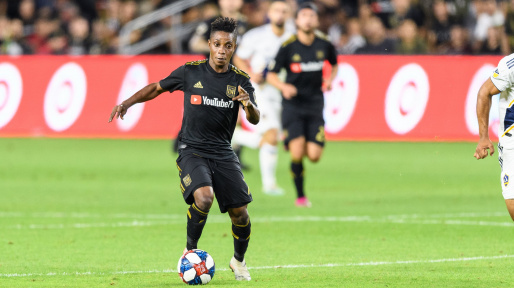 Ghana and Los Angeles FC forward Latif Blessing has attributed his standout performance against Seattle Sounders to motivation from his head coach Bob Bradley to lead with his attitude on the pitch.

He has been in remarkable form since the MLS is back tournament kicked off.

The tournament is a cup competition which is expected to serve as a mini preseason for the new campaign as well as an interest raiser.

Blessing scored and assisted as Los Angeles beat Seattle by 4 – 1 to progress to the next round of the competition.

“My performance was good and I feel like I had a great game.

“Before the game Bob just called me up and told me that he needs my energy.

“I told myself that I have to work myself out and step up for the team,” he shared at the post game presser.

Los Angeles will now take on Orlando in the quarter finals of the MLS is back tournament.