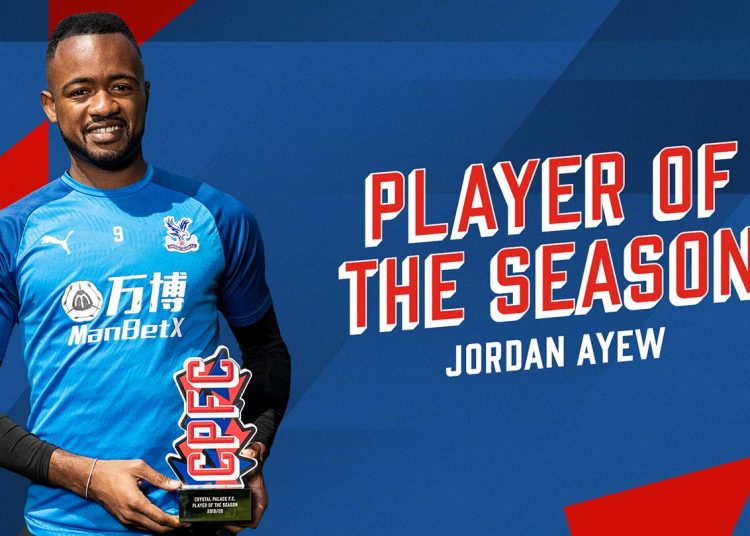 Ghana international Jordan Ayew was named Crystal Palace’s Player of the Year, at the Club’s awards night on Tuesday.

The forward, top scored for Palace with 9 goals in all competitions, as the Eagles finished 14th in the just ended Premier League season.

Ayew also picked up the goal of the season award for his brilliant solo effort against West Ham, where he dribbled past four defenders before beating the keeper with a delightful lob.

It was the 28 year old’s first season with Crystal Palace, since signing a permanent deal in August 2019.