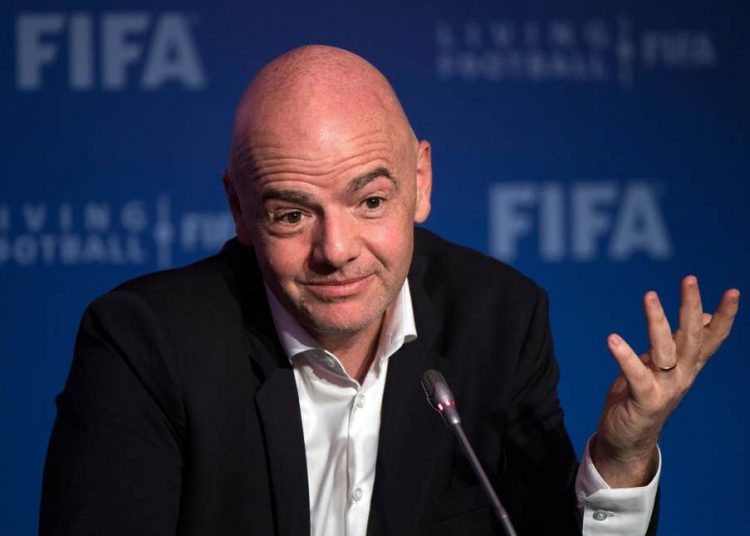 According to reports by the BBC, Swiss prosecutors have launched legal proceedings against Fifa president Gianni Infantino in the early hours of July 30, 2020.

Hours later, the football governing body, FIFA has released a statement saying it acknowledges the decision by the prosecutors and are willing to cooperate with them in their investigations.

The investigation is in relation to an alleged secret meeting the head of world football’s governing body held with the Swiss attorney general Michael Lauber.

Lauber last week offered to resign after a court said he covered up the meeting and lied to supervisors during an investigation by his office into corruption surrounding Fifa.

Both have denied any wrongdoing.

Read the statement by FIFA here:

“People remember well where FIFA was as an institution back in 2015, and how substantial judicial intervention was actually required to help restore the credibility of the organisation,” said the FIFA President earlier today. “As President of FIFA, it has been my aim from day one, and it remains my aim, to assist the authorities with investigating past wrongdoings at FIFA. FIFA officials have met with prosecutors in other jurisdictions across the world for exactly these purposes. People have been convicted and sentenced, thanks to FIFA’s cooperation, and especially in the United States of America, where our cooperation has resulted in over 40 criminal convictions. Therefore, I remain fully supportive of the judicial process, and FIFA remains willing to fully cooperate with the Swiss authorities for these purposes.”

In addition, as far as FIFA is concerned, and as previously communicated on Thursday 25 June 2020 by the FIFA President: “To meet with the Attorney General of Switzerland is perfectly legitimate and it’s perfectly legal. It’s no violation of anything. On the contrary, it is also part of the fiduciary duties of the President of FIFA.”

When Gianni Infantino was elected for the first time four years ago, FIFA was involved as a damaged party in more than 20 proceedings in Switzerland alone.

“There was a mountain of questions,” the FIFA President also added during the Council press conference. “So it’s legitimate to offer to contribute to the Swiss Attorney General about the clarification of these events, hoping that those who have done criminal acts and damaged FIFA will be held to account for that”