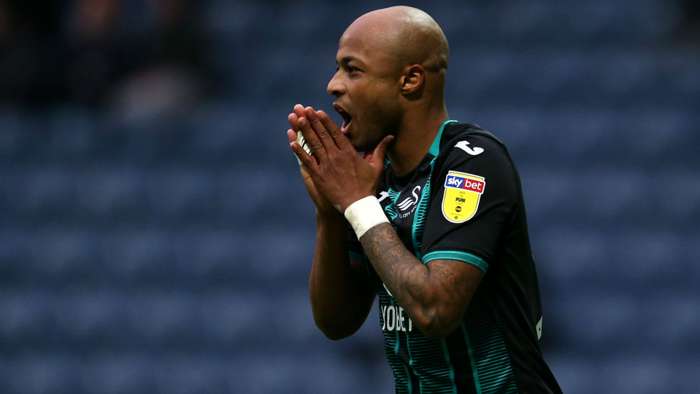 There was heartbreak for Ghana captain Andre Ayew as his hopes of a return to the Premier League were extinguished by Brentford who successfully overturned a 1-0 first leg deficit to beat Swansea 3-1 to progress to the Championship play-off final at Wembley.

Ayew, who scored the winning goal in the first leg, lasted the entire duration of the return fixture but could do nothing to prevent Brentford’s come back which ended in a 4-2 aggregate victory.

Ollie Watkins’ composed finish in the 11th minute levelled the semi-final on aggregate, and a header from Emiliano Marcondes put the Bees ahead in the tie four minutes later.

Bryan Mbeumo volleyed in a cross from Rico Henry in the first minute of the second half to make it 3-0 on the night and give Brentford a two-goal cushion.

Rhian Brewster dragged Swansea back into the contest with 12 minutes remaining, capitalising on a poor clearance from Pontus Jansson and chipping home goalkeeper David Raya, but the visitors were unable to find a second goal which would have forced extra-time.

Victory meant the Bees signed off at Griffin Park, their home of 116 years, in style before their move to a new stadium this summer.

The west Londoners, who are looking to end their 73-year exile from the top flight, will face either Cardiff City or neighbours Fulham at Wembley on Tuesday, 4 August.