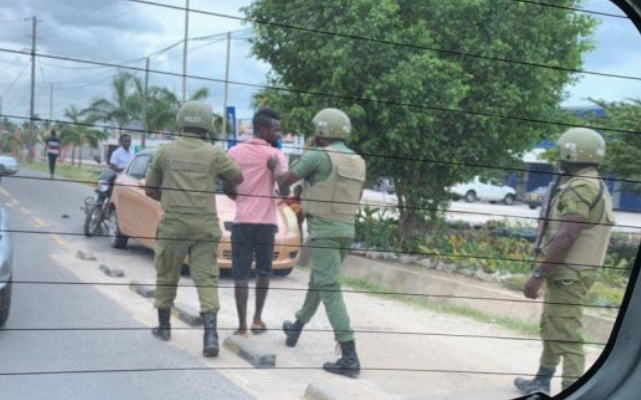 Morrison, 27, plays for Tanzanian side Yanga SC, a club he joined from South African side Orlando Pirates in 2019.

The Ghanaian was the lured to Yanga by Luc Eymael, who was red this week after his racist remarks went viral.
While Morrison quickly became a fan favourite in the Tanzanian top-flight, his time in Tanzania has been shrouded in controversy.

His showboating was the first issue that arose, but real issues between Morrison and Yanga come to light when he departed the stadium after being substituted in a recent league encounter.

According to a report by African Football, Morrison was allegedly found in possession of marijuana by Dar Es Salaam officials at a routine search at a roadblock and was taken into custody.

Ghanaian midfielder Bernard Morrison got furious and walked out of the stadium after being substituted in Yanga's 1-4 loss to rivals Simba while game was still on.

A journalist approached him to explain why he left. He said he can only speak in his native Fanti language. 🙄 pic.twitter.com/xXTj5gxH48

The Ghanaian reportedly obstructed police officers from inspecting his car before they found the illegal drug in his possession.

It’s been confirmed that he was released on bail shortly after his arrest and is set to appear in court at a later date.