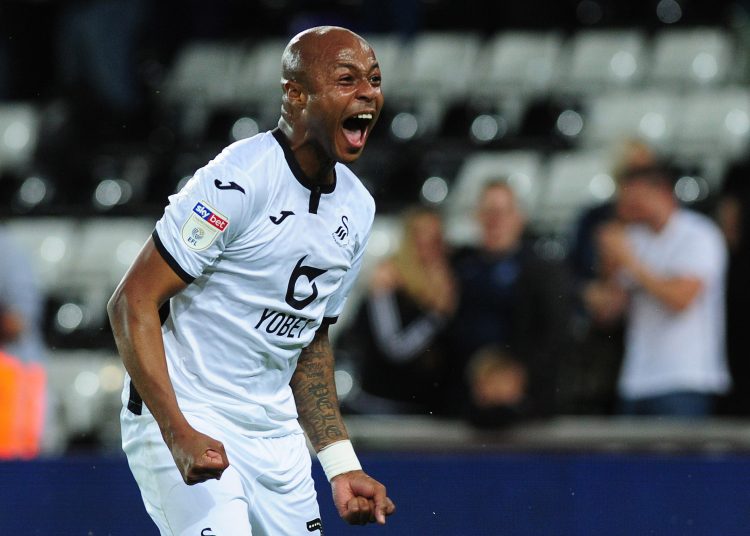 French Ligue 1 champions, Paris Saint-Germain have submitted a bid for Black Stars and Swansea captain, André Ayew according to reports.

According to French portal, Sqenf Foot, PSG are keen on bringing in Ayew for a few believed to be in the region of 5 million Euros.

NEWS🇫🇷: PSG have offered €5M to Swansea for ex-Marseille attacker Andre Ayew (30).
👉Ghanian had 18 goals & 7 assists in 47 matches.
👉Injuries of Neymar and Mbappe led the club to this quest. #Swans #Mercato #Transfers pic.twitter.com/oG9LwxW8VZ

André Ayew led the Swans to the Championship playoffs after some stellar performances but their bid to make it back to the Premier League failed after losing to Brentford.

However, his prolific season which saw him record 18 goals with 7 assists in 47 matches for the Swans coupled with his prior knowledge of the French league appears to have grabbed the attention of PSG.

Andre himself has remained coy on where he will be playing football next season despite having a little over a year left on his current contract.