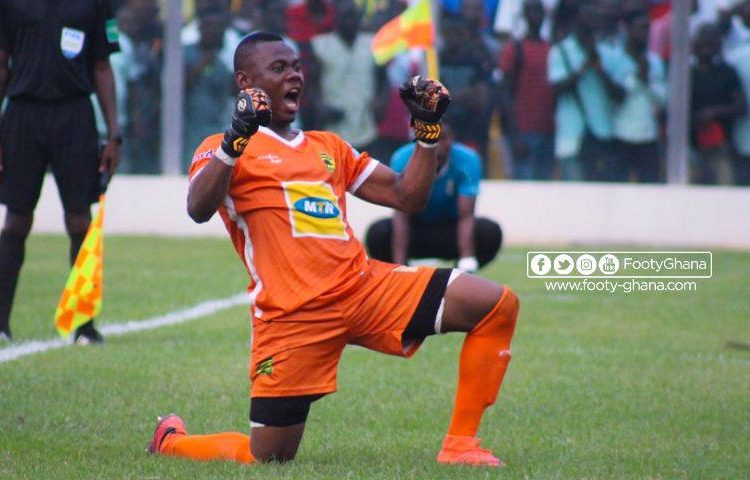 Asante Kotoko goalkeeper, Ibrahim Danlad, has clarified the claims that he will never play for arch rivals, Accra Hearts of Oak.

Danlad spent the 2019/2020 season with Berekum Chelsea where he impressed until the league was truncated as a result of COVID-19.

Earlier reports had quoted the former Ghana U-17 star as saying he would never play for Kotoko’s bitterest rivals Accra Hearts of Oak but in an interview with Joy FM, the 17-year-old shot-stopper stated that while he respects his current commitment to the Porcupine Warriors, he would be open to moving to the Phobians if they presented a good offer.

“I want to use this opportunity to clear something on this big platform. I haven’t said anywhere that I won’t play Hearts of Oak forever”, Danlad stated.

“I’m a Professional player, what I said was that I have a contract with Asante Kotoko. So, any team that brings a good contract and Kotoko will allow me to go, and if the contract is good for me definitely, I will move to any club that comes on board for me”.

“I don’t have any intention of not playing Accra Hearts of Oak forever, I’m a professional player, now I’m enjoying the good life at Asante Kotoko because they have helped me a lot in my career and can’t disappoint them.”

He has so far represented Ghana at every youth level, having played for the U17, U20 and U23 teams.

‘One team, one bus’ – Didier Drogba is promising big ahead of Ivorian FA elections