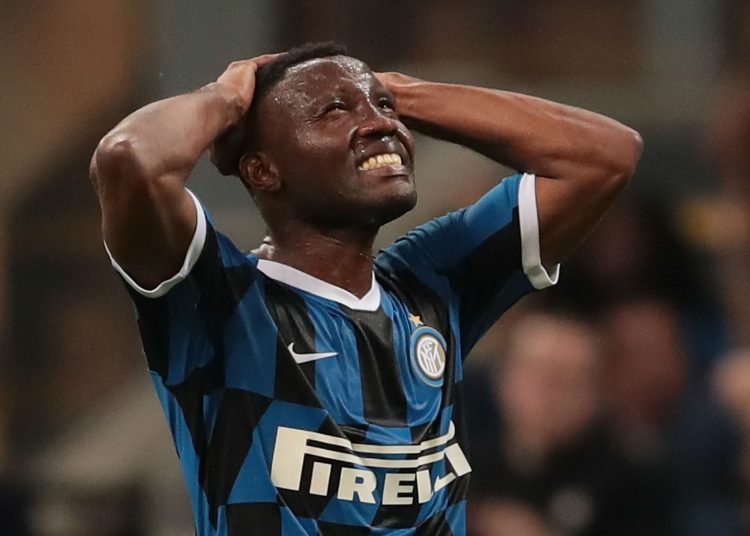 Ghanaian international, Kwadwo Asamoah has been excluded from Inter Milan’s 28-man squad ahead of their Europa League Round of 16 game against Getafe.

The 31-year-old has been struggling with injuries since 2019 which has limited his game involvement under Antonio Conte.

Inter Milan face Spanish side, Getafe in the round of 16 of the 2019/2020 Europa League which will be played at  the Veltins Arena in Girlsenchirchen, Germany. The neutral venue was favored because of the impact of the coronavirus.

The Ghanaian has been linked with a move away from the San Siro after making just 11 appearances for the Italian giants.

He is linked to clubs in Turkey and China as he has been given limited game-time under Antonio Conte after playing 42 games the season before.

We are not ready for football to return – Inter Allies Coach