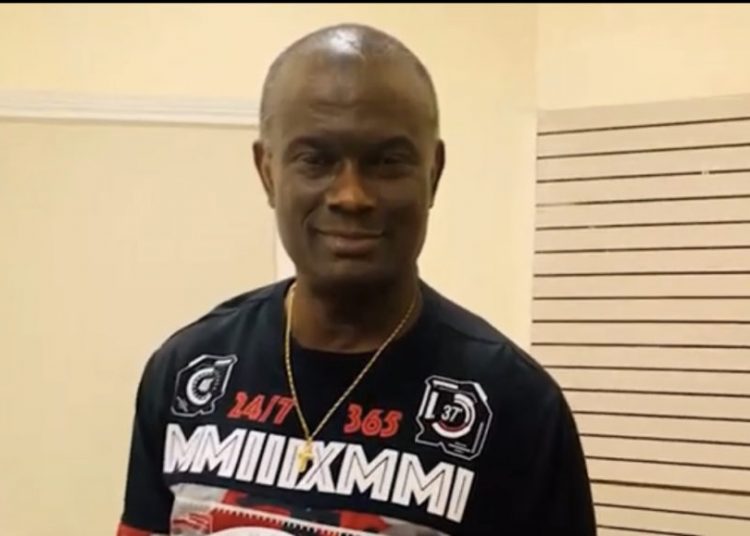 The 1989/1990 Ghana Premier League season was remarkable in many ways.

The troubles of Accra Great Olympics dominated the headlines all season while a change in leadership at the GFA – the government replacing Mr. Sam Okyere with Mr. Awuah Nyamekye on the last day of the year 1989 particularly shocking many followers of the game.

There was also the introduction of the penalty shoot-out system to determine winners for games that ended in a draw. Hence, a win in 90 minutes fetched 3 points while a win via the shoot out gave you a bonus 1 point.

But perhaps the most bizarre incident that year was the 8-match ban handed Asante Kotoko’s top striker, Sarfo Gyamfi.

Ahead of the start of the season, the GFA instituted stern disciplinary measures to ensure sanity in the game. Among the numerous list of sanitary conditions was adherence to protocol, a deviation from which would attract a fine or a ban.

On 31st December, 1989,Hearts of Oak in Accra in a league game that ended 2-2 before the Porcupine Warriors subsequently won the shoot out 5-4.

This was a special day because it also marked the anniversary celebration of the 31st December, 1981 Coupe.

Jerry John Rawlings, Head of State at the time, was at the Accra Stadium for the special occasion and came down to undertake the mandatory pre-match introductory handshake of the players before kick off.

After completing the routine with the Hearts of Oak players, Rawlings proceeded to the Kotoko players and started to shake them one after the other.

As he approached Sarfo Gyamfi, the striker switched positions so he could avoid shaking Rawlings’ hand.

The GFA sat on the “embarrassing” incident before later handing out a groundbreaking 8 match ban for the striker for “breaking protocol”, Journalist Ken Bediako wrote in his book, “The Complete History of the Ghana Football League, 1958-2012”.

The 53 year old Gyamfi, who was part of Ghana’s 1992 AFCON squad, has since explained that the real reason he refused to shake hands with Rawlings was because of superstition.

“During the warm up before the game, some small boy told us that Hearts of Oak had put some juju in Rawlings’ hands and if he had shaken all of the Kotoko players’ hands, we would have lost the match.

“There was huge debate on who should make the bold step of not shaking his hands, because at the time, he was a military ruler with lots of gun-wielding soldiers always following him.

“In the end, I nominated myself to do it and it worked because we won,” he told Angel FM.