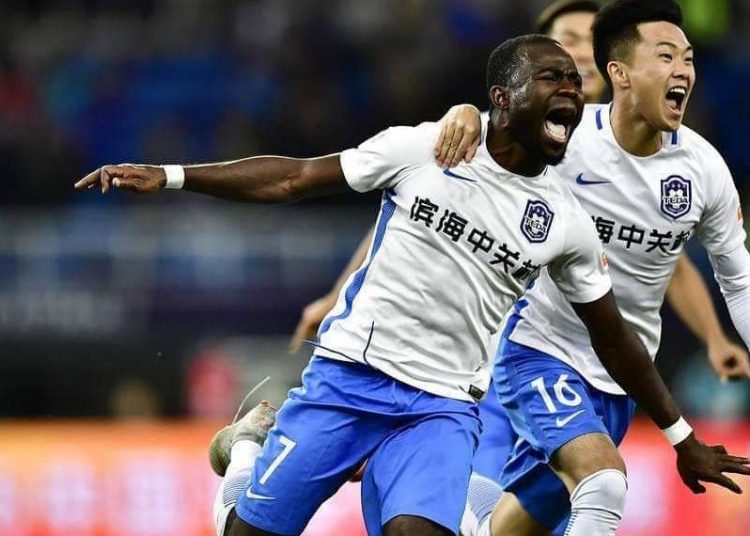 Ghana forward Frank Acheampong has been declared fit to feature for Tianjin Teda when they face Beijing Gouan on Thursday in the Chinese Super League.

The former RSC Anderlecht winger was missed greatly after sitting out of Tianjin Teda’s visit to the Suzhou Sports Centre in a 2-2 draw against Chongqing Lifan.

Acheampong was not fully fit when his side suffered a 3-1 defeat to Shanghai SIPG in the opening game of the season.

He was substituted in the 83rd minute in the game.

The 2015 Afcon silver medalist is one of the top players in the Chinese Super League following his thunderous display week in week out.