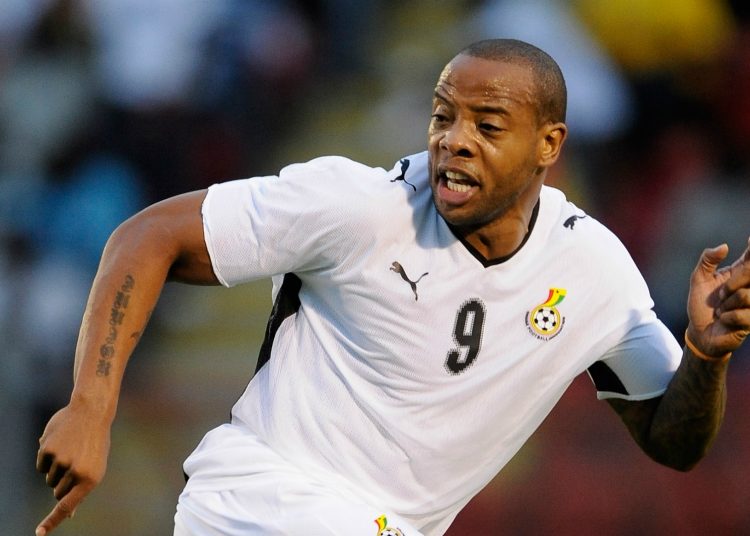 The Confederation of African Football has paid tribute to late Ghanaian striker, Junior Agogo, for his outstanding performance in the 2008 AFCON tournament, that saw the Black Stars clinch the bronze medal.

Agogo who played for the Black Stars between 2006 and 2009,  scored a total of three goals at the latter stages of the 2008 AFCON helping Ghana to a third place finish.

He scored the only goal of the game against Namibia, then proceeded to score the winner in the quarterfinal against Nigeria, which Ghana won by 2-1.

Ghana missed out on the final however, after losing by a goal to nil to Cameroon and had to settle for third place where Agogo struck again and scored yet another goal in Ghana’s 4-2 win over Ivory Coast.

Agogo alongside Sulley Muntari was Ghana’s top scorer in the competition and 5th overall.

The late Ghanaian striker scored a total of 12 goals in the 27 matches he played for the country.

When Junior Agogo dazzled the world in the 2008 #TotalAFCON 🔥 pic.twitter.com/TkvSk9Sz0Q