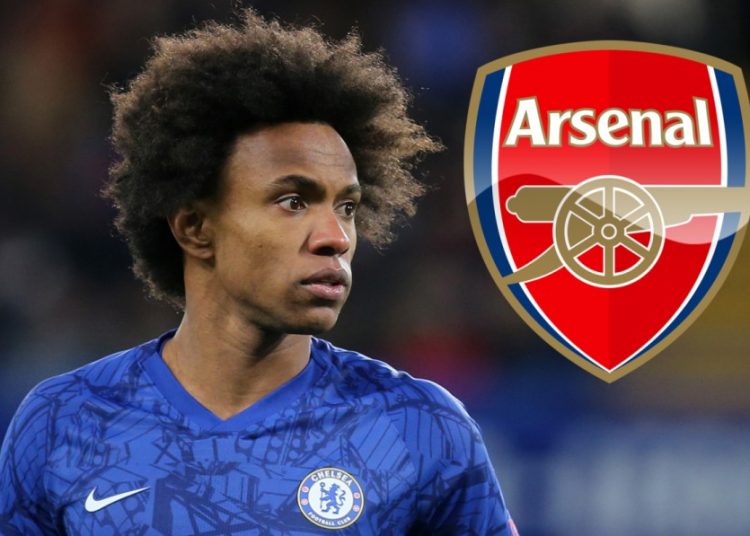 Arsenal are close to completing the signing of midfielder Willian from Chelsea on a three-year deal.

Arsenal moved into pole position to sign the Brazil international, whose Chelsea deal expires later this month, by offering a three-year contract earlier this week, and are on the verge of beating off competition from Barcelona and Inter Miami.

Along with the length of the deal, joining Mikel Arteta’s rejuvenated side and the chance to work with fellow Brazilian Edu are the reasons Arsenal are favourites to secure Willian’s signature.

Despite wanting Willian, who turns 32 on Sunday, to extend his stay at Stamford Bridge, Chelsea have refused to offer more than a further two years – and the chances of him being a Chelsea player when the new season begins in five weeks look remote.

Willian made 47 appearances for Chelsea in all competitions and finished the season in fine form, with four Premier League goals after the restart taking his tally for the season to nine.