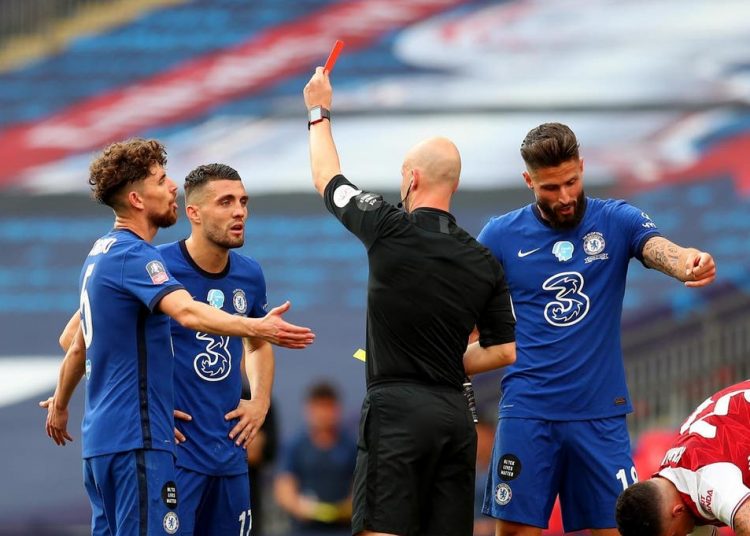 Mikel Arteta and his Arsenal side received most attention for managing to win the FA Cup last weekend, but many Chelsea fans still feel it wasn’t deserved.

From a neutral point of view it’s fair to say that the referee Anthony Taylor made some “questionable” decisions in the game, which may have helped to tip it in Arsenal’s favour.

You might wonder how the Chelsea players have taken that defeat – the circumstances around it must hurt but at least they have the Champions League and the new season to focus on.

However Chelsea’s Spanish left back, Marcos Alonso, hasn’t quite gotten over things yet, especially when you consider that his official Twitter account “liked” a post earlier on Friday calling he performance of Anthony Taylor into question.

One of the most disgraceful refereeing performances I’ve ever seen from Anthony Taylor today.

It will be interesting to see how this plays out because even if he has a point, the FA simply cannot be seen to wilfully ignore a player who’s openly calling a referee’s competence into question.

That suggests that a ban or a fine might be coming his way, so expect to see him unlike the post in the coming days.