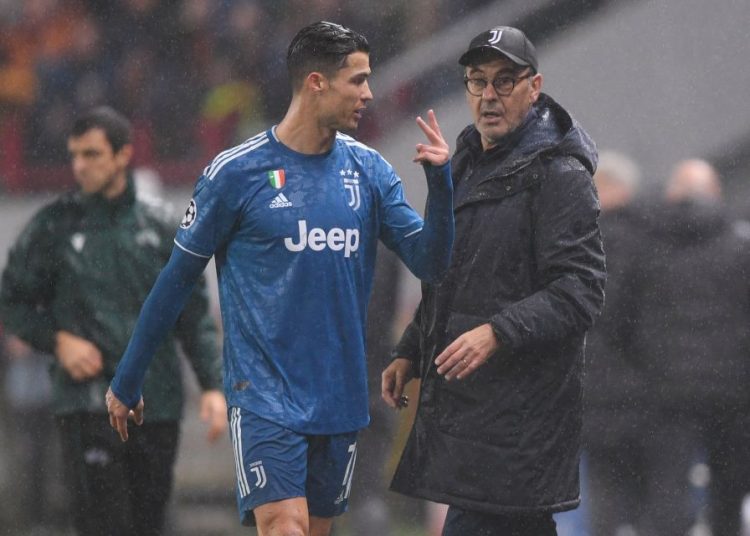 Juventus gaffer Maurizio Sarri believes the lack of progress the team has experienced in the Champions League is due to a bad spell that can’t be explained.

He made the remarks after he witnessed his side crash out in the round of 16 against Lyon in a tie that ended 2 – 2 on aggregate over two legs with the French side advancing on the away goal rule.

“We are out of a competition where we won six out of eight games we played.

”I believe in this competition Juventus are cursed,” he stated after the match.

Lyon were handed a controversial penalty 10 minutes into the game which ended up being the deciding factor.

Despite a brace from Cristiano Ronaldo, their efforts were not enough to see them through to the next stage.

The performance of the Italian Champions will come under heavy scrutiny as they also crashed out in the quarter finals of the previous edition under Max Allegri.

They are still in the hunt for their third Champions League crown with the last coming as far back as 1996.