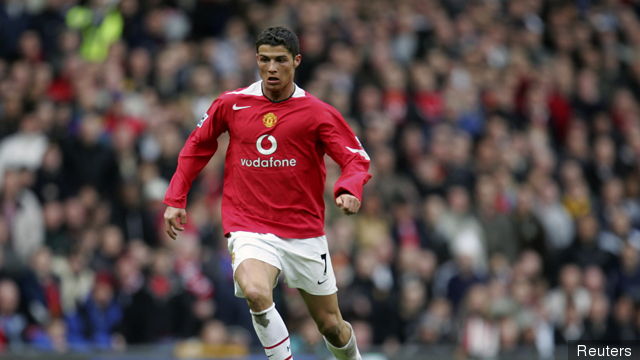 The move almost happened after the World Cup in Germany and Ronaldo’s infamous ‘wink’ that contributed to Wayne Rooney’s sending off in the England versus Portugal quarter-final.

There was speculation that the United pair would not get along under Sir Alex Ferguson in the 2006/07 season at Old Trafford, with Ronaldo even quoted as saying: “The circumstances are not right to keep playing in Manchester. In two or three days I will decide where to go.”

And it has now become clear that Valencia were the frontrunners for his signature after Ronaldo indicated a preference to play in Spain.

“I arrived at the right time, Valencia was the city that benefited most from this economic, social and sporting ‘boom’,” Carboni told Spanish media outlet Il Posticipo of that time in 2006.

We had found the financial resources to get him, we had made arrangements with Nike and Coca Cola – the player’s sponsors.

Ronaldo at that time was already earning 10 million net a year, a lot for a club like Valencia.

“Then we reached the stage where Cristiano had argued with Manchester United. In 2006-07 Valencia was experiencing a ‘boom’ and I had his ‘yes’ to sign him.

“The contracts [had been] signed by [Jorge] Mendes, nothing was missing between Ronaldo, his agent and myself. The deal, however, did not materialise.”

Ultimately Ronaldo was happy to stay at United and his bond with Rooney and Ferguson got stronger, as he inspired United to reclaim the Premier League title in 2007.