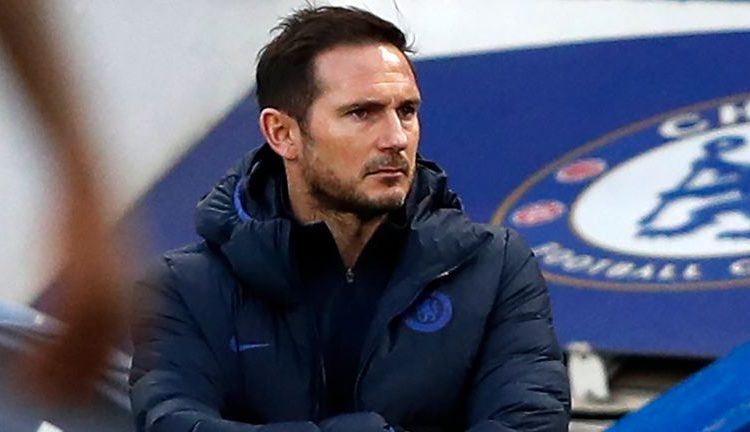 With their transfer ban over, two top attackers signed and one more likely to follow suit in Kai Havertz, the Frank Lampard project continues to roll on at Stamford Bridge.

Now, with the forward line sorted, what about a defence which has consistently struggled for shut-outs all season long?

This season, despite clinching a top-four spot, Chelsea ranked 10th in the Premier League for goals conceded, with their tally of 54 goals let in 18 more than Manchester United. Lampard’s side shipped four goals against Bayern Munich as they exited the Champions League on Saturday.

As well as problems with No 1 goalkeeper Kepa Arrizabalaga’s form, a constantly-changing back three or four has kept only nine league clean sheets this season – six fewer than Burnley.

Both Arsenal goals could have been easily avoided as Chelsea surrendered their early lead and lost last Saturday’s FA Cup final 2-1 to their London rivals.

Kurt Zouma, Antonio Rudiger and Andreas Christensen all featured at Wembley and those players could all be sold on to make room for more new arrivals.

Marcos Alonso and Emerson Palmeiri’s days also appear numbered with a new left back almost certain to be brought in.

So how could Lampard splash the cash? Sportsmail takes a look at who could be on their way to west London in the coming weeks and crucially, after a transfer outlay which currently stands at £85m, for how much.

Okay, so not a defender, but a defensive midfielder who can play centre back too.

The West Ham linchpin has been linked with a return to boyhood club Chelsea ever since his emergence three years ago at the London Stadium.

Lampard is a known admirer of Rice, who is now an established England international and is best friends with Blues attacking midfielder Mason Mount.

In terms of price tag though, particularly after the Hammers stayed in the Premier League, the 21-year-old would not come cheap.

A fee in the region of £80m has been mooted. Talented young English players come at a price – whether Lampard wants to consider such an outlay at this point alongside the money already spent remains to be seen, but Rice is certainly high on Chelsea’s defensive targets.

Out of all the defenders linked with a move to Chelsea in recent weeks, Leicester left back Chilwell looks the most likely to go through.

Now England’s first choice after two excellent seasons for the Foxes, Chelsea’s arm has been strengthened in negotiations by being able to offer the carrot of Champions League football to Chilwell, after Lampard’s side pipped Brendan Rodgers and Co to the post.

Chilwell himself missed the final five games of the season due to a heel injury, which reportedly could see him miss the start of next season too.

However, while Rodgers is insistent the 23-year-old is going nowhere, latest reports state that Chilwell himself sees his long-term future at Stamford Bridge.

The left back has been a regular for Atalanta in a season where they have been one of European football’s surprise packages.

Ten goals and eight assists is some record for a left back. Reports in Germany claim Lampard is planning to put the signing of Gosens at the top of his list with Atalanta set to sell up for just £27m.

Gosens, who is eligible to play for both Holland and Germany, has burst onto the scene in Italy, nailing down a first-team spot and gaining experience in both the Europa League and Champions League – something which Chelsea will value hugely.

Juventus and Inter Milan are also thought to be keeping an eye on the 26-year-old’s situation, but the Blues are the frontrunners.

The 27-year-old has established himself as one of the top left backs in Europe, having helped guide Dutch giants Ajax to the Champions League semi-finals in 2019.

And latest reports state that the Argentine could be available this summer for as little as £24m, with the player himself keen on a move to London.

Speaking earlier this month to Argentinian station Radio Continental, he said: ‘Ajax it’s a great club, but as a player of course you dream of playing in the biggest leagues and the Premier League is right now the most competitive one, a bit above LaLiga and Serie A.’

A move could be made simpler by the fact that Chelsea enjoy a good relationship with Ajax after the signing of Ziyech this season.

Tagliafico has scored six goals in 68 appearances since joining in 2018 from  Independiente.

Chelsea reportedly had scouts at Atletico Madrid’s games a number of times this season, with a view on taking a look at central defender Jose Gimenez.

The Uruguayan, who has 58 caps for his country, thrives in the air and has a sense of dominance that has been lacking in the Blues back-line this season.

However, there is an expensive catch. The 25-year-old has a £109m release clause, which puts him way out of Chelsea’s price range.

They’d have to negotiate a lower price, but it’s unlikely Diego Simeone would want to part ways with Gimenez, who has played consistently at Atletico since 2013.

The 22-year-old Cucurella was on loan at Getafe from Barcelona this season, making 45 appearances in all competitions.

The left back, seen as a cheaper alternative to Chilwell, is rated at £22m, and would be an exciting – but relatively unknown – quantity should he move to Stamford Bridge.

Nevertheless, Chelsea would be willing to pay over double that price, with Barca reserving the right to claim 10 per cent of the transfer fee.

Cucurella, who has also made five appearances for Spain at Under 21 level, first joined Barca in 2012 and made just one appearance for the first team before joining SD Eibar on loan at the beginning of the 2018-19 campaign.

But now he could be on his way to the Premier League, as Lampard toys with potential defensive targets this summer.