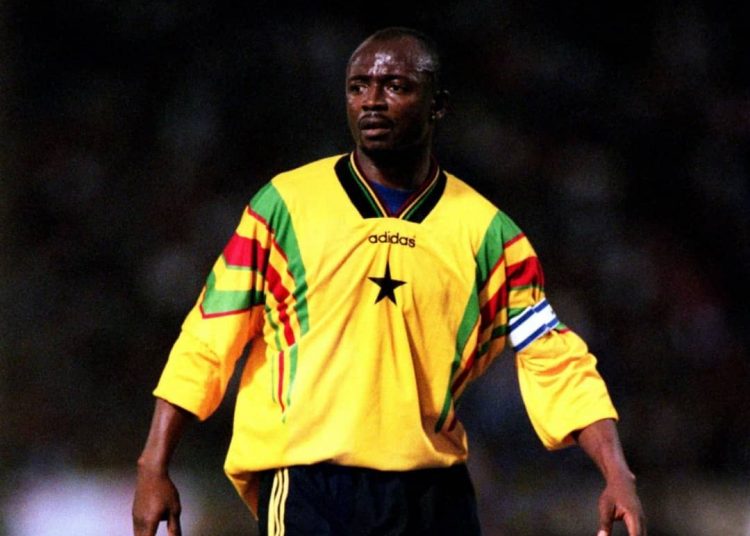 Ex-Asante Kotoko and Black Stars striker, Prince Polley has described Abedi Ayew ‘Pele’ as the most skilful footballer he has ever seen.

The duo played together for the senior national team, featuring in three African Cup of Nations.

“In terms of skills, Pele was par excellence. His dribbling skills were such that anytime he had the ball, he succeeded in taking on two or more opponents with ease to create chances for strikers to score.

“Besides his skills, Pele was also gifted with speed and was very fit,” Polley told the Graphic Sports Online in an exclusive interview.

“Even as a player in the same team, you love to watch him anytime he was with the ball. It was so lovely because he could use the ball to perform unique scenes like a magician, which was unusual in football matches.”

The former Black Stars striker further highlighted the genius of Abedi Pele, describing a game in the 1994 AFCON tournament against Senegal where Abedi’s wizardry came to fore.

“The goalkeeper was not expecting a pass from such an acute angle, so before he was aware, the ball was in the vital area. And in an attempt to save the sticky situation, the goalkeeper injured himself by hitting his head against the goal post.

“It was a masterpiece by all standards which only star players could enact. Such a magical display of skills are rare in football but Abedi succeeded in creating them. He always introduced unique skills during our days to create a sense of fear among players of the opposing team.

“This was because he was gifted with awesome skills which always electrified arenas to entertain football fans,” he added.

Abedi won three African Footballer of the Year Awards and the Africa Cup of Nations in 1982.