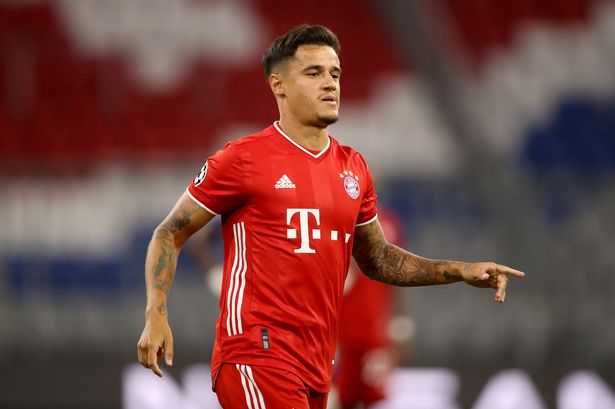 The transfer window is now open and Arsenal are on the brink of completing their first signing of the summer.

A deal for free agent Willian is expected to go through, after the winger left Chelsea.

But another player who could fit the bill and has been closely linked is Barcelona midfielder Philippe Coutinho.

The playmaker is seemingly out of favour at the La Liga side, and is still on loan at Bayern Munich until the end of their Champions League campaign.

With that in mind, here is a round-up of everything we know so far about Arsenal’s interest in the former Liverpool midfielder, and what the very latest developments are.

Despite Quique Setien’s comments, Barcelona hierarchy remain keen to get Coutinho off the wage bill and according to Sport, the Brazilian’s agent Kia Joorabchian has been sounding out clubs in England over a potential move.

The report states that Barca are looking for a fee in the region of £84million for Coutinho, but would be willing to accept £65million – a huge decrease in value in the two years he has been in Spain.

Barca are also keen for the transfer away from the Camp Nou to be a permanent one, although they would be open to extending his current deal with Bayern for another year.

Coutinho has been strongly linked with a return to England, with a potential return to Liverpool suggested in recent transfer windows.

However, the Mirror claim Liverpool are not one of four Premier League clubs interested in the 27-year-old.

Instead, Chelsea are reportedly set for a transfer battle with London rivals Arsenal and Tottenham, while Manchester United are also in the race to sign Coutinho, according to Mundo Deportivo.