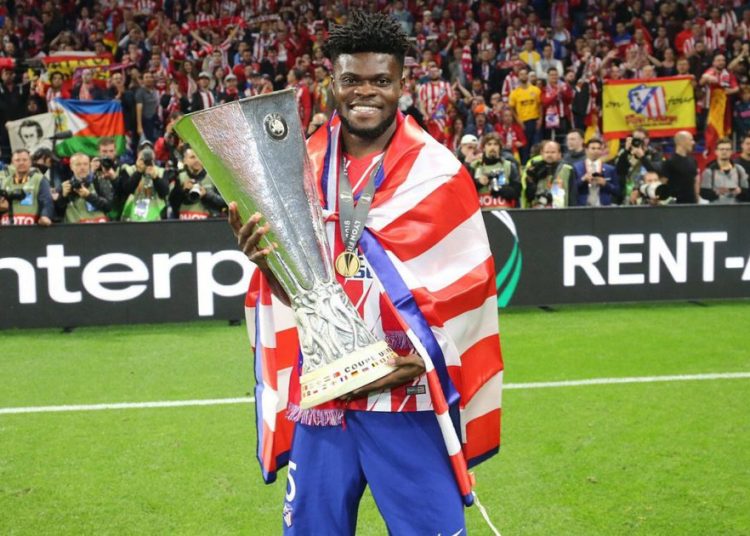 The Spanish giants have not won a domestic trophy since winning the La Liga in the 2012/2013 season and have struggled to replicate the form they showed to win the league.

Partey, 27, played no part in Atletico’s defeat to RB Leipzig in the quarter finals of the Champions League on Thursday night with head coach Diego Simeone opting to leave him on the bench throughout the game.

But Partey seems to have his sights set on staying at Atletico, telling the club’s media team in an interview that  he aims to have the fans sing his name at the Wanda Metropolitano.

“I remember the first game I played, everybody was shouting and I wasn’t used to it.

From there, I said to myself, I have to continue playing well to attract more attention because I kept on hearing names like Fernando Torres, Gabi and Koke.” The fans were always singing their names. I said one day I hope they will be able to sing my name.”

He further stated that he wants to be able to reach the highest level and win laurels for the team.

“I don’t see myself as a key player yet because I have a lot of important players ahead of me.”

“My dream is to be able to reach a higher level than them, to be able to archive something they have never achieved with this team. It is not easy but I am sure with hard work, everything will be Ok.

Partey featured for Atletico when they lost to Real Madrid in the 2015/16 Champions League final in Lisbon.

The midfielder also played a vital role for the team when they won the 2017/18 UEFA Europa League and the UEFA Super Cup.

The Ghanaian international in recent reports have been heavily linked with a move to Arsenal with Manchester United also in the frame to sign the midfielder.