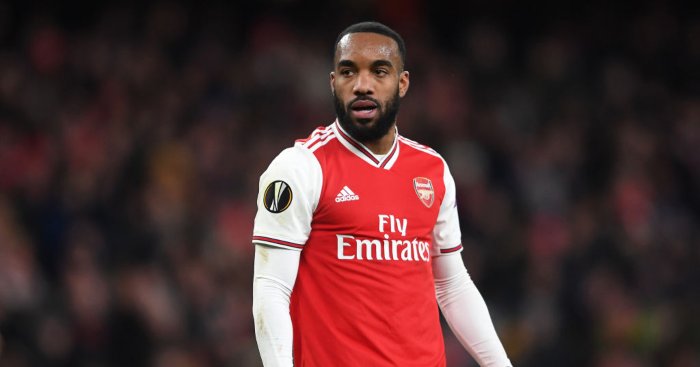 Juventus are interested in signing Arsenal striker Alexandre Lacazette, according to Sky in Italy.

Wolves striker Raul Jimenez is also on the list of strikers being considered by the Serie A champions while Atalanta’s Duvan Zapata, Atletico Madrid’s Alvaro Morata, Napoli’s Arkadiusz Milik and Roma forward Edin Dzeko are also of interest.

Current Juve striker Gonzalo Higuain is expected to leave, with just a year remaining on his contract.

Andrea Pirlo, who recently took over as head coach following the sacking of Maurizio Sarri, is looking for a new centre-forward to form a strike-partnership with Cristiano Ronaldo and Paulo Dybala.
Arsenal have already completed the signing of Willian on a three-year-deal following his departure from Chelsea, and are close to agreeing a new contract with club captain Pierre-Emerick Aubameyang.
Source: Sky Sports
Tags: Alexandre LacazetteArsenalJuventus
Previous Post