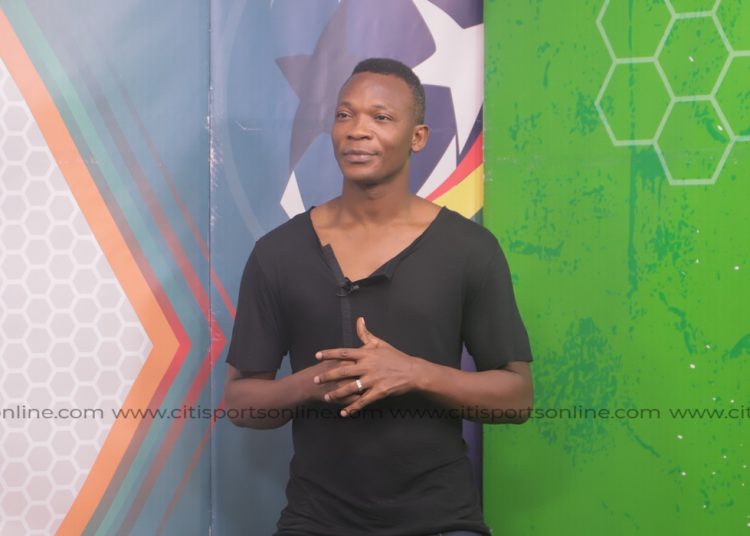 Ex-Black Stars defender, John Paintsil has detailed how his skill and trickery earned him a call up into the national U-20 side when he least expected it.

The former Fulham defender was a member of the U-20 team that finished runners up at the 2001 FIFA U-20 World Cup.

He later progressed to the senior football team in 2002 and played 89 times for Ghana which included appearances at two FIFA World Cups.

Speaking in an interview on Citi TV’s Football Made in Ghana, John Paintsil said his club’s side match against the national youth team was his ticket.

“We [Berekum Arsenals] had to play a friendly match against the U-20 national team and they were the ones preparing for the African Cup to be hosted in Ethiopia and the World Cup subsequently.

So that match against coach Afranie’s team was my ticket into the national U-20 team.

Narrating the incident that led to his call up, he stated that he believes it was skill and trickery that caught the attention of the coach.

I have played all the positions, from goalkeeping to striking. It is primarily because I enjoyed what I do and I was also determined to make it.

So no matter my position, my first instinct was to dribble past my opponent. And back then we used to play against teams in like [Tano] Bofoakwa, BA [United] among other teams and I could dribble from pole to pole.

So that day, what I did to the national U-20 team was something else. Addo Quaye Pappoe even captained the team so you can understand.

The pressure was also not on me so I was just doing what I liked with the ball.

So after the game, Coach E. K Afranie called my boss that he wants me to report to the team’s camp on Monday at Winneba. So that was it.