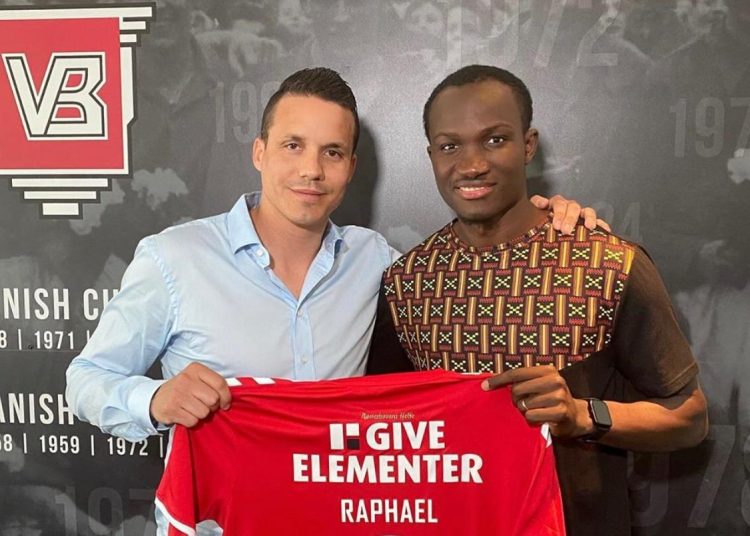 Striker Raphael Dwamena says he intends to give his best for his new club, Vejle Boldklub, after he signed for the Danish outfit on Thursday.

Speaking following his unveiling, Dwamena said: “During my first visit, I experienced a beautiful city, where the surroundings must be some of the most beautiful in this country. I look forward to giving my best and all for the club.”

He stated that he believes in the project sold him by the club and insisted that he was ready to contribute significantly to the side’s ambitions.

“I have been shown a project that has already proved strong in just a few years. That project and the club’s big mission to ensure survival in the 3F Super League I will and can contribute to,” he said. 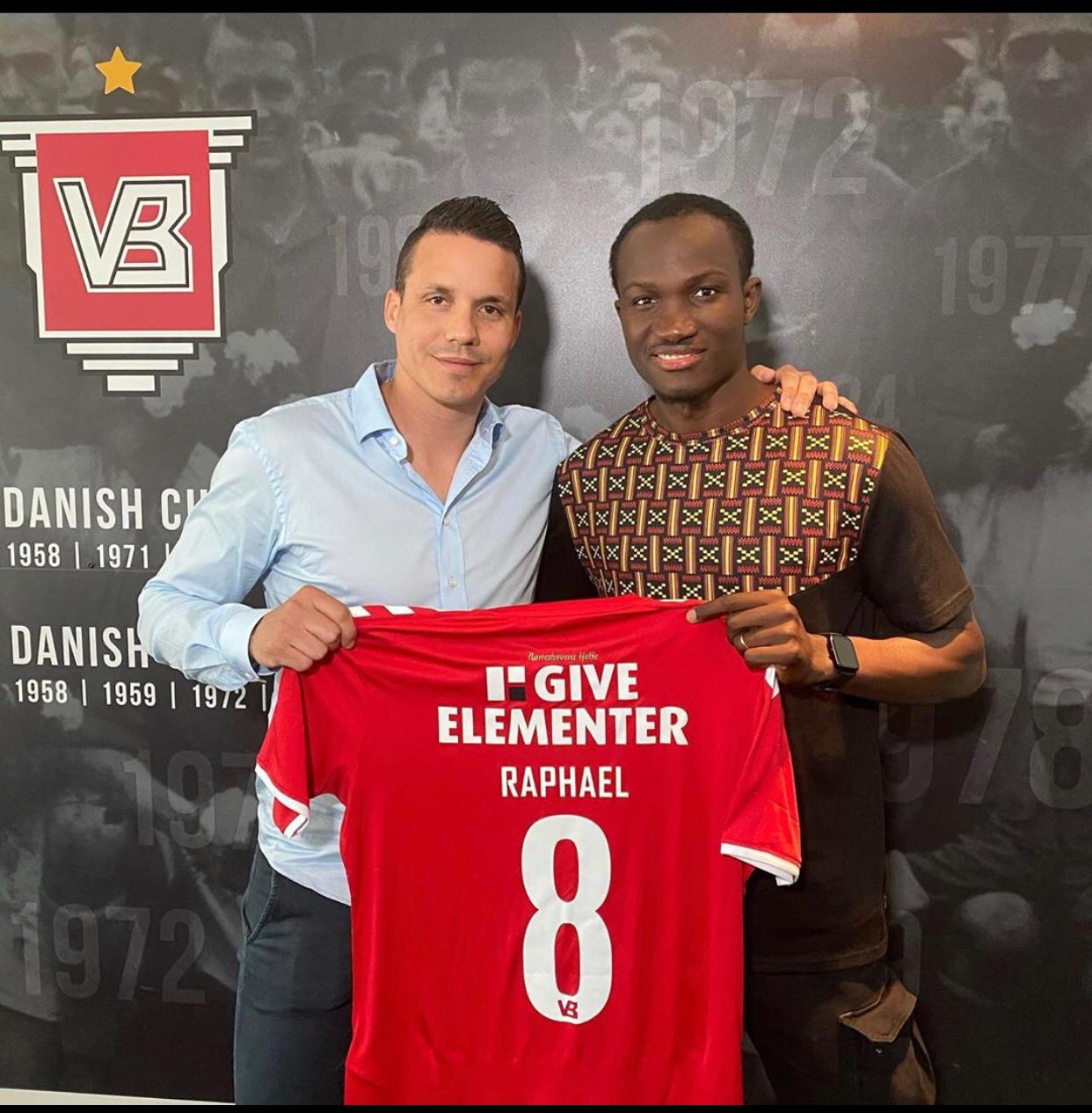 Dwamena’s has had some health issues which have stunted his career. He joined Spanish Second Division club, Real Zaragoza on loan from Levante in 2019 but was ruled out of on-field action later that year due to a heart issue.

He underwent surgery successfully in January and believes that he is in great condition ahead of the new campaign.

“I come to the club in good physical condition and look forward to getting to know my new teammates. I want to show the club’s fans that I come with the clear ambition to make a difference and make an impression.”

Technical manager at Vejle Boldklub, Jacob Krüger, said the club belies Dwamena could be the key to a successful campaign.

“Raphael Dwamena is a physically strong striker who has both speed and good technique. It is a player we believe can help ensure a good season in the Super League.

“Raphael will be a great addition to our offensive line. He joins the club after a successful rehabilitation. Despite this, the necessary time has been spent to ensure that the player is fit for fight.”