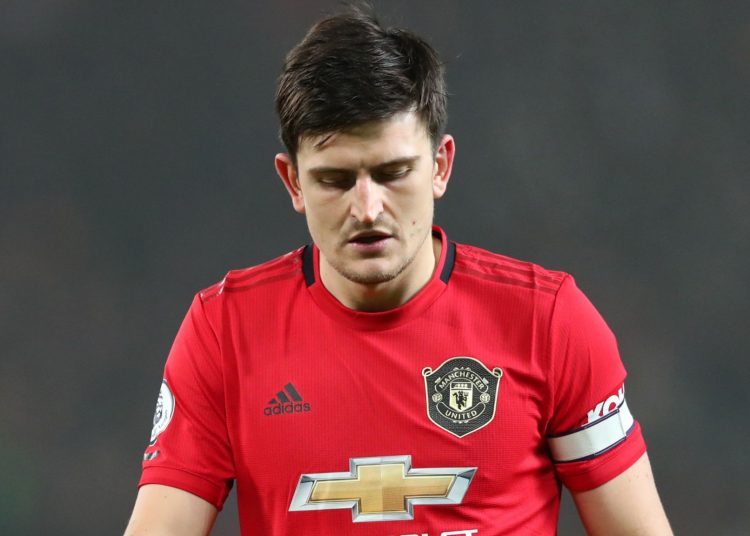 Captain of Manchester United, Harry Maguire has been arrested at Mykonos, an island in Greece after allegedly attacking police officers outside a bar.

The England international allegedly caused a scene after a misunderstanding with other tourists on Thursday 20 August 2020.

All the persons involved have also been arrested, reports indicate.

His club side, Manchester United have released a statement confirming the incident.

The club said they are “aware of the alleged incident” and the player is “fully cooperating with the Greek authorities”.

‘The club is aware of an alleged incident involving Harry Maguire in Mykonos last night.

‘Contact has been made with Harry, and he is fully cooperating with the Greek authorities.

‘At this time we will be making no further comment.’

Maguire, 27, signed for Manchester United from Leicester City for £80 million in the summer of 2019.

The Englishman was made the captain of the club by Ole Gunnar Solskjaer in January after the departure of Ashley Young to Inter Milan.

He scored his first goal for the club in a 2-0 win against Chelsea in February and helped the club finish 3rd on the league log at the end of the season.