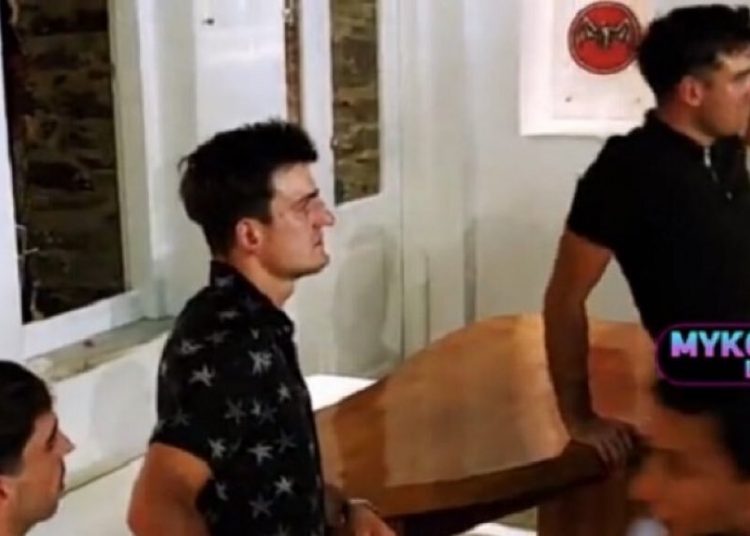 Manchester United captain, Harry Maguire spent a second night behind bars after allegedly attacking a police officer and then attempting to bribe his way out of custody according to reports by the Daily Mail.

The 27-year-old centre-back was arrested on the Greek island of Mykonos after fighting some tourists and police officers with his friends.

Maguire spent the night in a cell, along with two other friends. The trio has been transferred to the neighbouring island of Syros where they will face the prosecutor today.

The chief prosecutor told local media that he expects Maguire to make an apology at the hearing.

The three culprits have been charged with aggravated assault as two police officers are reported to have sustained facial injuries after the altercation at a bar in Mykonos.

The Manchester United central defender, who earns £190,000-a-week, is alleged to have punched an officer and then attempted to bribe policemen to let him go.

Maguire, 27, signed for Manchester United from Leicester City for £80 million in the summer of 2019.

The Englishman was made the captain of the club by Ole Gunnar Solskjaer in January after the departure of Ashley Young to Inter Milan.

He scored his first goal for the club in a 2-0 win against Chelsea in February and helped the club finish 3rd on the league log at the end of the season.