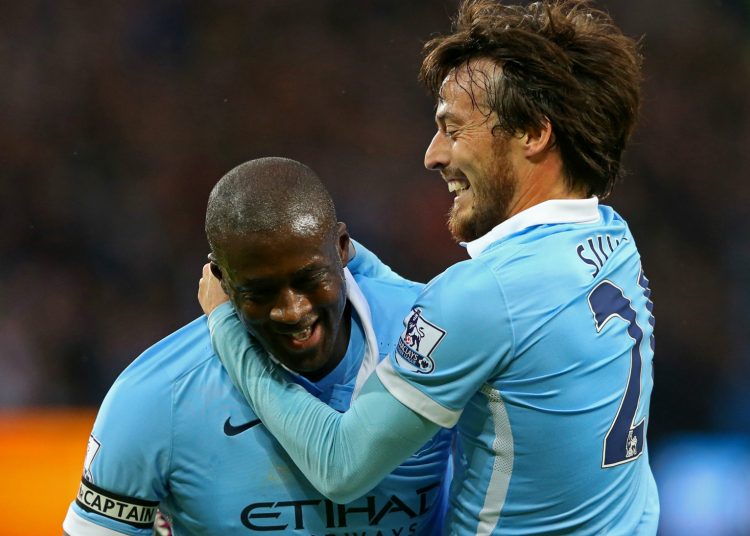 Manchester City announced last week that they will be building a statue of Spanish midfielder David Silva in honour of his service to the club.

Silva’s contract with the Citizens ended this season, bringing an end to the 34 year old’s 10 year stay at the club.

However, former Manchester City midfielder Yaya Toure, who was the face of the club’s transformation in the last ten years is puzzled as to why nothing of the sort has been done for him.

The dynamic midfielder says he is delighted about the club’s decision to honor Silva, but believes it’s odd he wasn’t honored in the same way.

“The statue for [David] Silva – I’m very delighted. As for me, it’s up to the club – I have nothing much to say, he told MEN

”They can decide what they want. Is it odd though? Yeah. But I can do nothing about it – it is up to the club. The fans know better.”

Toure’s relationship with Manchester City has had its fair share of controversy, as he infamously wanted to force a move out of the Etihad in 2014 after being upset by the club’s failure to mark his 31st birthday fairly.

The Ivorian midfielder scored 62 Premier league goals in 230 appearances winning three league titles with Man City in his eight years at the club.

Throwback: See how Ghana’s Edward Sarpong sent a Cameroonian player back to his hometown [VIDEO]