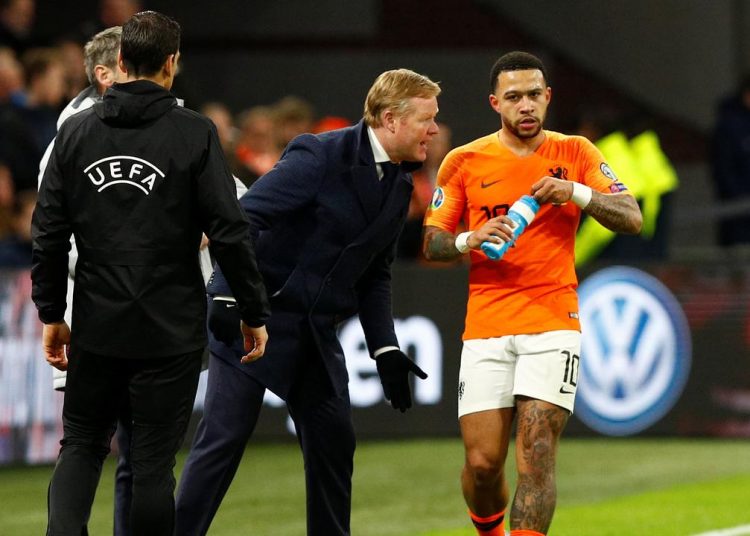 Koeman was officially appointed Barcelona boss on Wednesday and has already discussed possible transfer targets with the club’s board.

The forward was an essential part of Koeman’s Netherlands side, and the coach reportedly recommended the Lyon striker as a potential recruit.

Barcelona may need a new forward this summer if Luis Suarez does depart the club, and Memphis is set to depart Lyon after they failed to claim a European spot next season.

Memphis has a contract until 2021 at Lyon and reportedly has an asking price of €55 million. However, that fee is expected to drop with the fear that Memphis could leave on a free next summer.