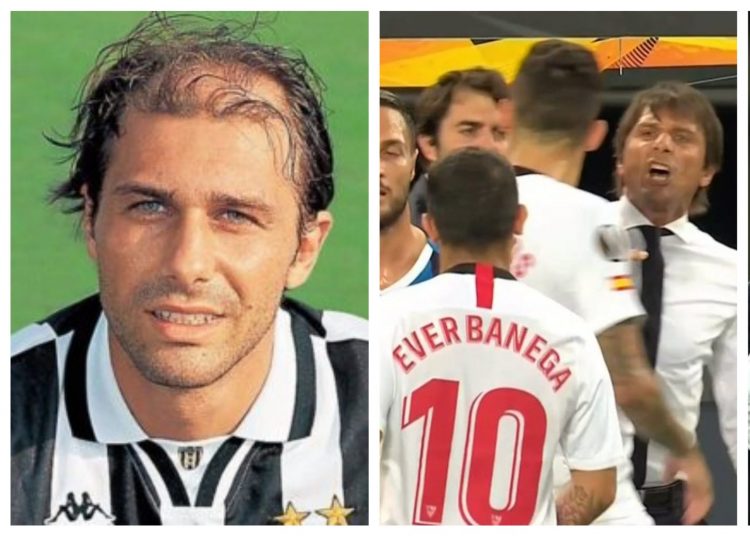 Inter Milan’s head coach is not one you would want to provoke but Sevilla’s Ever Banega did the unthinkable in the Europa League final in Koln.

The former Chelsea boss is noted for his animated theatrics and looked seemingly annoyed by the referee in the first half when his side was refused a second penalty and was booked for his show. 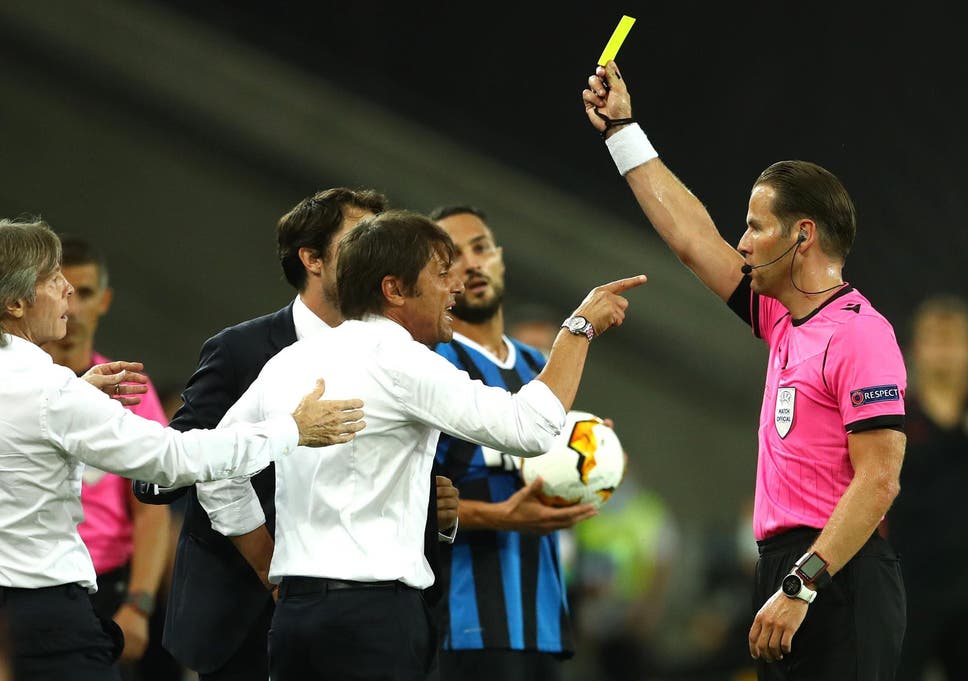 It was then that Banega was captured saying something to the Italian which started the heated altercation and the subsequent threat to fight him after the game.

In the course of the game, Banega mocked Conte’s hair during a heated argument between the duo on the touchline – according to several Italian media outlets.

Banega to Conte: “Is that real hair or a wig?”pic.twitter.com/7XwPfibhS8

The Sevilla midfielder is claimed to have said to Inter Milan’s gaffer “Enough, you have to SHUT UP!.”

Banega then gestured making fun of Conte’s WIG – saying: “LET’S SEE IF THE WIG IS REAL or NOT ” comment which got Conte understandably furious.

During The First Half, Éver Banega was annoyed of Conte’s Repeated Protests.

Banega then gestured making fun of Conte’s WIG – saying : “LET’S SEE IF THE WIG IS REAL or NOT ” 🤣 pic.twitter.com/81jDQynCQ7

Antonio Conte after the remark is said to have told the Argentine he would “see him after the game”.

Things would later get worse Conte and his Inter Milan team who would lose the Europa League trophy to Sevilla in a game that ended 3-2 in favour of the Spanish outfit.

Clamied that Ever Banega mocking Conte's hair. Well one speaks Italian and the other one speaks Spanish. So how on the earth they understand each other? 🤷‍♂️😂 pic.twitter.com/msQRq8EwxM

Having opened the scoring from the spot early on, Romelu Lukaku put through his own net for the winning goal in the second half after goals from Luuk De Jong (2) and Diego Godin made the score 2-2 at the end of an entertaining opening 45 minutes.