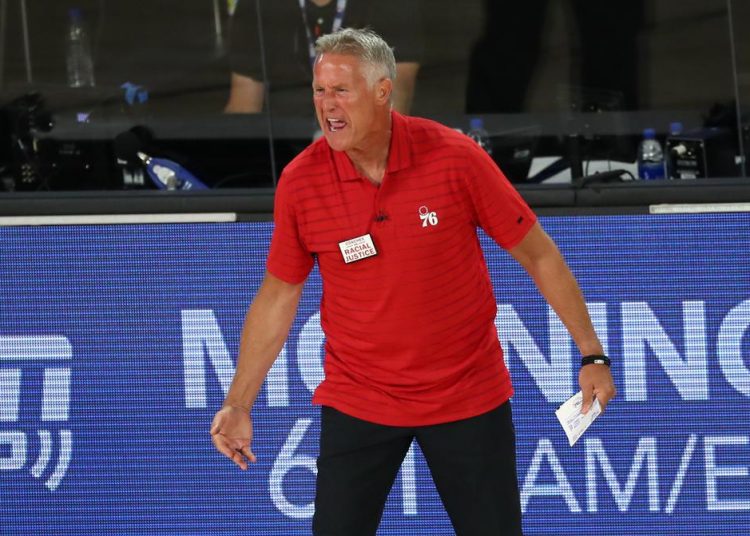 Brown’s dismissal is expected to be a precursor for more upheaval for the 76ers, whose senior leadership — including general manager Elton Brand — will begin exploring changes in the front office structure, sources said.

The franchise’s plan is that Brand will continue to oversee basketball operations, sources tell ESPN.

Among the Sixers senior leadership, there’s still a strong desire to keep the franchise’s two young All-Stars — Joel Embiid and Ben Simmons — together, sources said. The Sixers are determined to let a new coaching staff search for ways to maximize Embiid and Simmons together before even entering into a discussion on trade scenarios.

Brand met with Brown on Sunday night in Orlando and conducted exit interviews with players before traveling back to Philadelphia on Monday morning after the Boston Celticscompleted a four-game sweep in the Eastern Conference first-round series. This was the 76ers’ third straight playoff appearance under Brown, but the loss of Simmons in the seeding games to a knee injury and surgery was a significant blow to their playoff chances.

Brown is still owed several million dollars on the remainder of his contract.

The Sixers plan for a head coach will focus on LA Clippers assistant Ty Lue, sources said. Lue won a championship in 2016 as the Cleveland Cavaliers’ head coach, and his ability to challenge and command the respect of high-level players makes him attractive to the Sixers — and others — in this job market.

The search is expected to expand beyond those two candidates, but Lue fits the profile of an extremely limited pool of candidates with championship, playoff and high-profile star coaching experience.

Brown is well-respected figure inside and outside the organization and credited with shepherding the franchise through the darkness of The Process and eventually into Eastern Conference playoff contention. After seven seasons on the job, there was a sense that the organization had gone as far as it could with Brown — a decision that he privately expected his superiors to reach short of a deep playoff run, sources said.

The Sixers reached the Eastern Conference semifinals in 2019, losing on a Game 7 buzzer-beater in overtime to the eventual NBA champion Toronto Raptors.

The 76ers made dramatic roster moves in the past two years — including acquiring and then moving All-Star Jimmy Butler to Miami — and have a payroll and luxury tax bill projected to be among the highest in league history for 2020-2021.