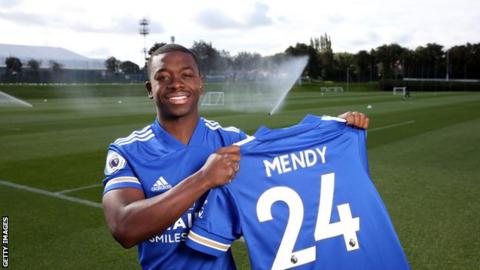 England international Maddison, 23, has agreed a four-year deal, while 28-year-old Frenchman Mendy has signed a two-year extension until summer 2022.

Mendy was out of contract in June, but signed a short-term extension to cover the end of the delayed season.

“The more I’ve seen of him, the more impressed I’ve been,” said manager Brendan Rodgers.

“To have someone with his experience, quality and maturity is a big boost for us, especially with European football next season.”

Leicester finished fifth in the Premier League last season – their second highest finish in history – to qualify for the Europa League.

Maddison, who made his England debut in November and has played 76 games in all competitions for Leicester, said it was “an incredibly exciting time” to be a Foxes player.

“With so many positive things happening on and off the pitch and I’m delighted to be part of that,” he added.

“What we’ve achieved as a club this season is a huge step forward for us and I know there’s so much more to come from this team.”