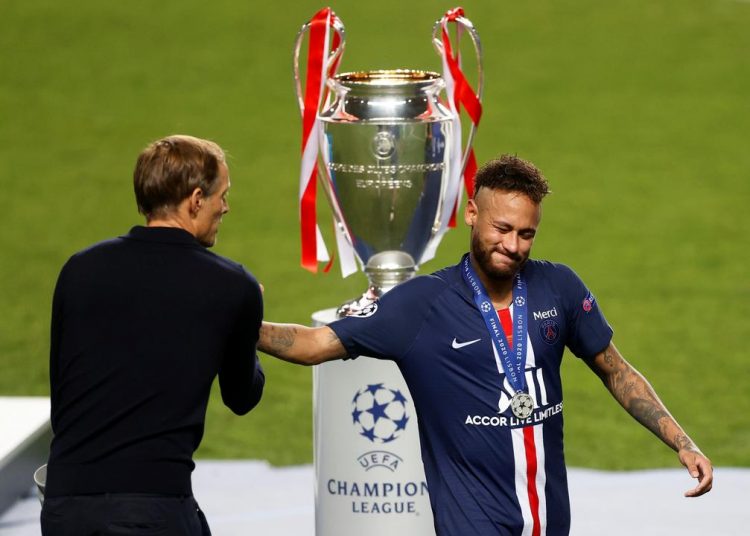 Paris Saint-Germain might have finished as runners-up to the German side, Bayern Munich but they will earn more revenue than the Germans for the UEFA Champions League 2019/2020 season.

The night ended in tears for the French Ligue 1 side as their former winger, Kingsley Coman handed Bayern Munich a 1-0 win in an empty Estádio Da Luz.

According to Swiss Ramble’s estimation, PSG will earn a staggering amount of £121 million with Bayern pocketing £117.3m, higher than any of the other clubs in the top five leagues

Barcelona is next with £104m, while Manchester City earned the fourth-most with £89.4m and Atletico Madrid set to earn £85.8m, completing the top 5.

PSG will earn more primarily because of TV right payments which differ per country.

The main contributing factor in this is that only three spots in the Champions League were awarded to French teams, while Germany has four and the fact that the German TV pool is currently the lowest of the ‘big five’ leagues (England, France, Germany, Italy and Spain). Coupled with this is the fact that domestic league split is fairer in Germany than in France.

Following yesterday’s UEFA Champions League final, I can update the estimate for the 2019/20 revenue distributions. We will also explain how #PSG are likely to receive more money than #FCBayern, even though they were defeated on the night.

The total shows the differences between the two leagues here in terms of domestic money is £11.2m.

There’s a wider disparity in TV revenues if the figures from the 2019/2020 UCL season is combined.

The French clubs had to split among themselves £26.7m while teams in Germany had to do away with a sum of £15.5m.

For reaching the final, and playing 13 games, one better than Lyon, PSG will an estimated amount of £11.2m which is 42%.

Following yesterday’s UEFA Champions League final, I can update the estimate for the 2019/20 revenue distributions. We will also explain how #PSG are likely to receive more money than #FCBayern, even though they were defeated on the night.

Comparatively, the treble winners, Bayern are expected to earn 33%, which will see them accrue £5.1m more.

The total outlay differences between the two teams here in terms of domestic Champions League money is £6.1m.

Adding their two tallies together, PSG earned £24.5m overall in TV money while Bayern pocketed £11.3m – a difference of £13.2m and a key reason as to why they earned more Champions League revenue.