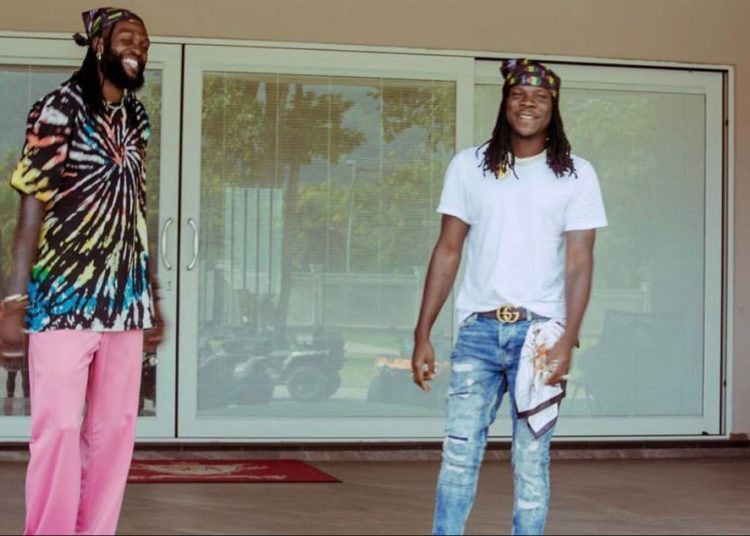 Prior to dropping the video, he posted pictures of himself and the Togolese international, Emmanuel Adebayor hanging out in Togo.

Emmanuel Adebayor after the shoot took to Instagram to share news of having spent time with the Ghanaian dancehall artiste.

Despite Ghana’s borders being closed as part of efforts to curb the spread of the coronavirus, Stonebwoy was allowed to travel to Togo to hang out with Adebayor.

According to ghanaweekend.com, Stonebwoy shot some scenes of the music video in the house of the ex-Arsenal player and used some of his cars as props in Togo.

The music video was released 23rd August 2020 and has been making waves on social media.