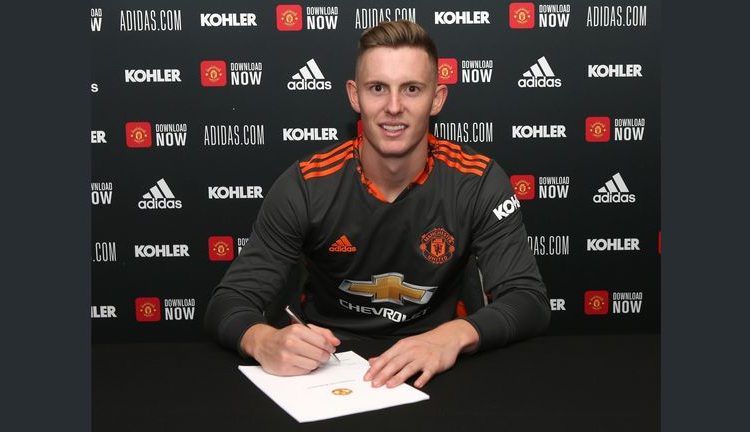 Manchester United goalkeeper Dean Henderson has signed a new six-year contract with the club – and will go head-to-head with David de Gea next season for the number one jersey at Old Trafford.

The deal, confirmed on Wednesday, will see the 23-year old earning up to £120,000 a week – making him one of the best paid goalkeepers in world football.

Henderson, who has been named in the latest England squad, is not expected to go out on loan for another spell away from Old Trafford – despite up to seven Premier League teams being keen to borrow him – and will be allowed to battle for the ‘keepers’ spot with his Spanish team-mate.

“The goalkeeping department at United is excellent; there are three top-level goalkeepers who have achieved so much in the game and I look forward to working with the group,” Henderson said.

“The faith that the manager and the club have shown in me with this contract means a lot to me and will continue my progression as a goalkeeper.

“I’ll be giving everything to improve every day so that I can play as many games as possible for this great club. Now I am looking forward to joining up with the England squad and then preparing for the season ahead.”

Henderson spent the past two campaigns on loan at Sheffield United, helping the Blades to promotion to the Premier League in 2019, before an impressive debut top-flight campaign last season.