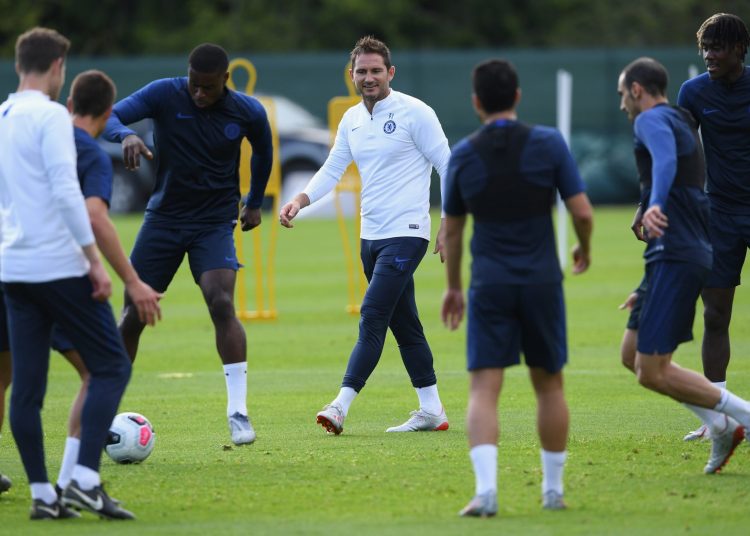 At least four Chelsea players have been forced to quarantine in line with government guidelines, the club confirmed on Wednesday.

The Blues squad underwent coronavirus testing at the end of last week upon their return to training, in line with Premier League protocol ahead of the new season which begins on the weekend of September 12.

While it’s unclear whether any members of Frank Lampard’s squad tested positive, the club have confirmed a handful of their players are now in quarantine.

“We have a number of players that are following government guidelines regards quarantine but we are not briefing or confirming names,” Chelsea explained in a statement released on Wednesday.

As the missive suggests, the club will not reveal the players affected on confidentiality grounds, but the news will put a dent in Frank Lampard’s pre-season plans on the same day they confirmed the signing of Leicester City full-back Ben Chilwell.

Sheffield United, West Ham and Brighton have all recorded positive cases upon their return to training, with a total of 14 positives confirmed across no less than 12 clubs in the English top flight.

Chelsea’s quarantine news comes on the same day that the UK government announced that the Blues were to form part of a pilot scheme designed to welcome football fans back into stadiums for the first time since the coronavirus pandemic first brought the sport to a halt in March.

Lampard’s charges travel to Brighton for a friendly on Saturday, with the Seagulls’ Amex Stadium set to hold 2,500 spectators respecting social distancing protocol.

“I know fans and their teams can’t wait to be reunited in stadia across the country, but it’s imperative we take a cautious and phased approach to get fans back in safely,” Culture Secretary Oliver Dowden announced on confirming the relaxation of restrictions on fans for the clash.

The revised measures will also be applied in a women’s friendly between West Ham and Arsenal on the weekend as well as fixtures in cricket, rugby and certain horse racing meets among other activities.

Chelsea will begin their 2020-21 campaign away against Brighton on September 14.