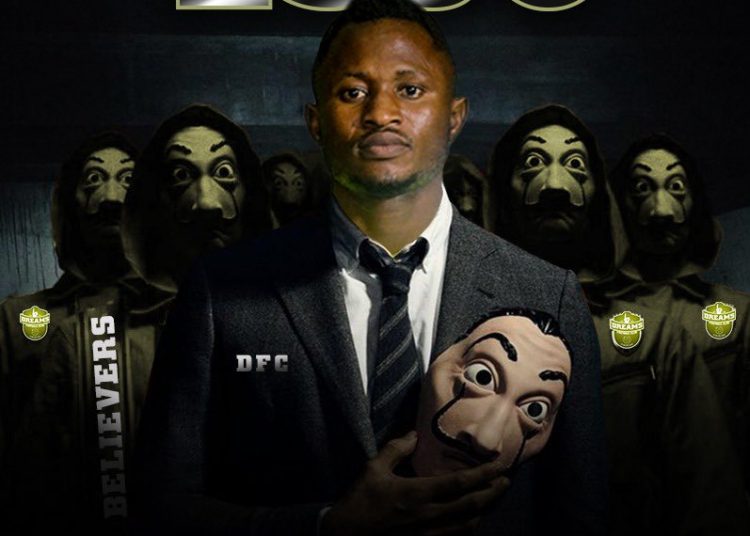 Ghana Premier League side Dreams FC have completed the signing of Joseph Esso.

The former Hearts of Oak striker has signed a two-year deal that will keep him at the Dawu-based side until 2022.

Esso, 23, left the Phobians earlier this month after failing to agree terms of a new contract with the club where he spent the last 3 years.

Dreams announced Esso’s signing with a spectacular video posted to their twitter.