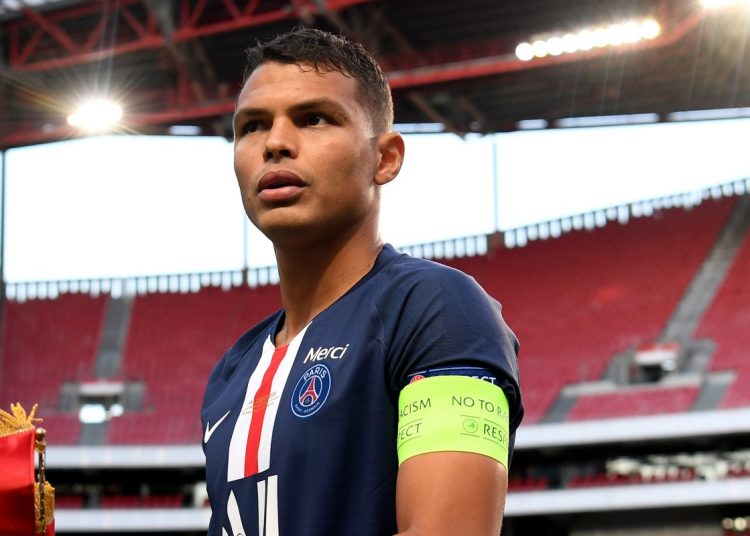 Thiago Silva is waiting to sign the documents to become a Chelsea player after completing a medical in Milan on Thursday.

Paris Saint-Germain confirmed the 35-year-old’s exit on Thursday – despite last-ditch efforts by the Champions League runners-up to offer him a new deal.

After having his medical in Milan, the centre-back is expected to fly from Italy to London on Friday to begin a 14-day period of self-isolation before joining up with Frank Lampard’s squad.

Although joining on a 12-month contract, it is believed the Brazil international could stay at Stamford Bridge for a further season.

Chelsea have been keen to strengthen having been banned from signing players last summer.

The London club completed the signing of left-back Ben Chilwell from Leicester for £50m on Wednesday, with the England international arriving at Stamford Bridge on a five-year-deal.

The Blues also remain in talks with Bayer Leverkusen to sign their forward Kai Havertz before the start of the new season.