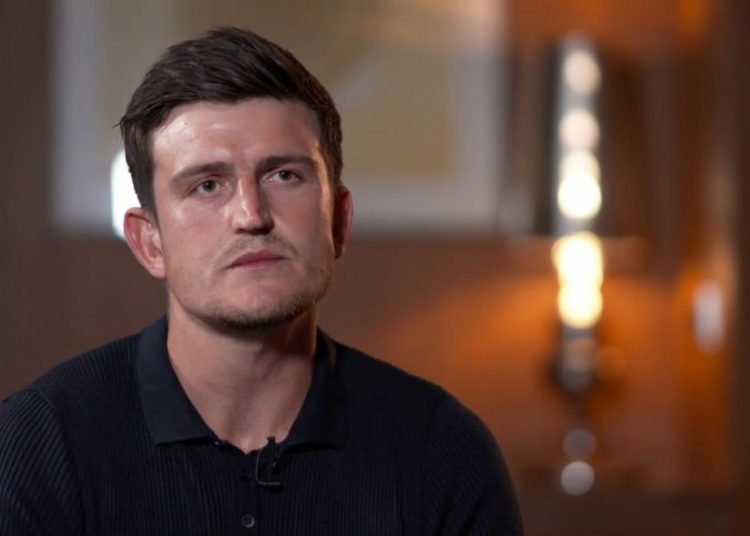 Manchester United defender Harry Maguire said he feared for his life when Greek police arrested him last week as he thought he was being kidnapped.

The England international told BBC sports editor Dan Roan that plain-clothed police officers, who did not identify themselves, pulled over his group’s minibus in Mykonos, threw him off the bus, hit him on his legs and told him his career was over.

The 27-year-old said he tried to run away – with one handcuff on – because he had no idea who the men were.

On Tuesday, Maguire was given a suspended sentence of 21 months and 10 days in prison after his trial on the Greek island of Syros.

He was found guilty of repeated bodily harm, attempted bribery, violence against public employees and insult after arrest on Mykonos.

On Wednesday, his legal team lodged an appeal against the verdict. In accordance with Greek law, the appeal nullifies Maguire’s conviction and there will be a full retrial in a more senior court.

An emotional Maguire, who broke down during the interview, said hearing the guilty verdict was “horrible” and that he “couldn’t quite believe it”.

The centre-back, who denies throwing any punches or trying to bribe the police, added: “I don’t feel I owe an apology to anybody.

He said: “I don’t wish it on anybody. Obviously the situation has made it difficult for one of the biggest clubs in the world, so I regret putting the fans and the club through this, but I did nothing wrong.

“I found myself in a situation where it could have happened to anybody and anywhere.”

Asked how badly he was hurt, Maguire said: “They hit me a lot on the legs. It wasn’t on my mind. I was in that much of a panic. Fear. Scared for my life.”

Maguire said his family are suffering more than him and that his “conscience is clear”.

“I know what happened that night. I know the truth,” he added.

“When I speak about it I get worked up but that’s because it just makes me feel a bit angry inside. I will move on. I am mentally strong enough.”

Maguire – an £80m signing from Leicester City in 2019 – was named United’s permanent captain in January after the departure of Ashley Young to Inter Milan, and he is likely to remain skipper this season.

“It is such a huge honour to be captain of Manchester United – something I am really proud of,” he said. “It is a massive privilege to play for the club, never mind captain.

“It is not my decision to make but the one thing I will say is how supportive the club has been from top to bottom. They have been great with me and I thank them for that.”

On Tuesday, Maguire was withdrawn from the England squad for September’s Nations League matches against Iceland and Denmark.

He said: “I love playing for my country. Physically and mentally I am ready to play. I’m disappointed but of course, I understand.”

“I feared for my life”

Manchester United captain Harry Maguire tells the BBC he thought he was being kidnapped when he was arrested in Greece last weekhttps://t.co/S3rZorWbMe pic.twitter.com/UcNHLMTQwa