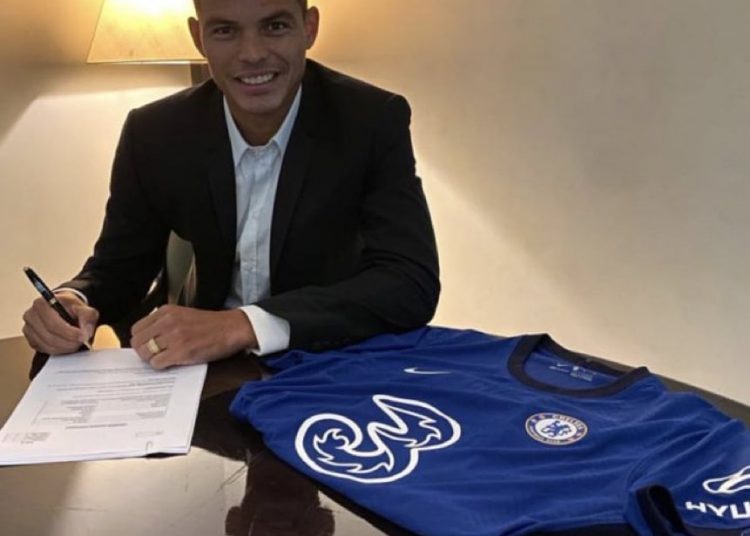 Chelsea fans are in dreamland.

Chelsea have already signed Timo Werner, Hakim Ziyech and Ben Chilwell this summer and are close to bringing in Kai Havertz as well.

While the attacking options and the capture of Chilwell from Leicester City are exciting for fans of the West London club, the deal for Thiago is particularly eye-catching.

The Blues’ defence was the worst part of their side last season, conceding 69 goals in 38 matches.

This led to Citi Sports pundit, Christopher Nimley coining the ‘Nkrodo’ theory for some of the club’s top defenders.

Players like Azpilicueta, Christensen and, in particular, Antonio Rudiger came up for massive criticism.

The experienced Silva comes in to help solve this problem, having been noted as one of Europe’s top centre-backs from his time with both AC Milan and PSG.

But what exactly does he bring to Stamford Bridge?

The Champions League’s official Twitter page decided to treat Chelsea fans with some of the defender’s best defensive moments.

🇧🇷👌 Thiago Silva is one of the best defenders to have graced the #UCL.@ChelseaFC fans, here's what you're getting in @tsilva3 👇 pic.twitter.com/XytHdC8xaD