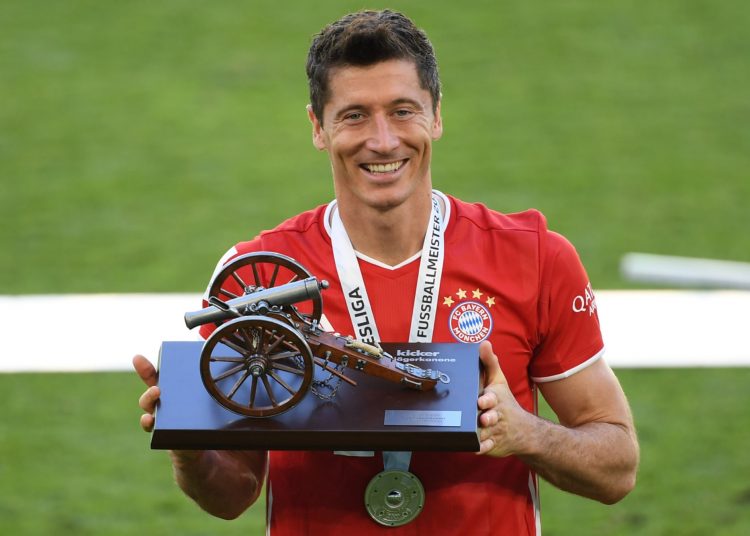 The prestigious award ceremony has, however, been cancelled this year due to the Coronavirus pandemic which halted football for months.

The top-class Polish striker had an incredible year for both club and country.

He finished as the top goal scorer in the UEFA Champions League, German Bundesliga, and the DFB Pokal. As well as being a part of Bayern Munich’s second-ever treble-winning team.

Despite being one of the favourites, all these achievements will not be crowned with the Ballon d’Or award as the this year’s ceremony has been cancelled even though many leagues in Europe still managed to conclude their seasons in empty stadiums.

In an interview with Polish outlet, Sportowe Fakty, the 32-year-old was asked who he thought deserved the coveted trophy, and simply said he’d give the award to himself.

When asked to explain his decision, Lewandowski then backed it up with facts.

“I’d give the Ballon d’Or to myself. We’ve won everything there was to win and I was top scorer in every competition. Any other player in my position would receive it.”

Can’t even argue with that. pic.twitter.com/SsjRmW0OOT

“We won everything we could with Bayern. In every competition: Bundesliga, German Cup and Champions League, I was the top scorer. I understand that the pressure of other parties on another player may be greater.

“But it’s not like every footballer would win the Golden Ball by achieving what I do?” he replied.