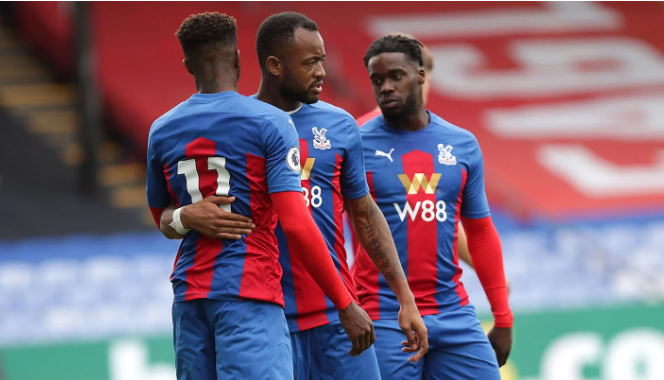 The Eagles’ top scorer last season opened the scoring in the 63rd minute after tapping in a powerful cross from Ivorian international, Wilfred Zaha.

The Crystal Palace player of the season got his second by finishing from a tight angle when he was teed up by Palace’s captain, Andros Townsend in the 67th minute.

Wilfred Zaha added the third as the Londoners completed the rout over the League One campaigners.

Ayew was replaced in the eighty-third minute by young English forward, John-Kymani Gordon.

🇬🇭 A quick-fire brace from JA9!