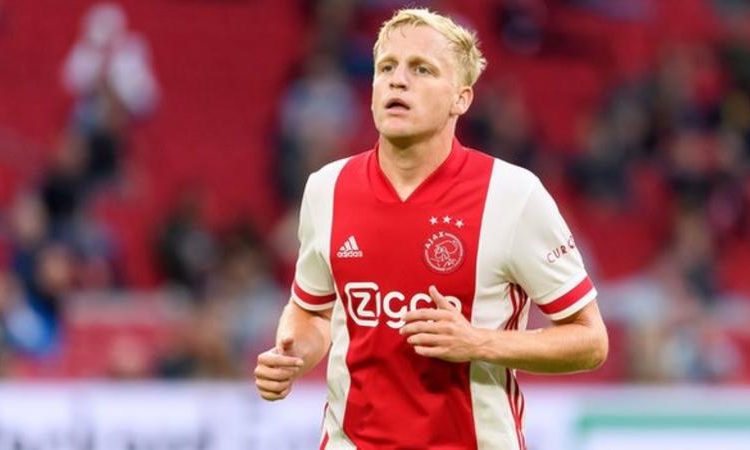 Manchester United are closing in on the signing of Ajax midfielder Donny van de Beek after the two clubs agreed a fee in the region of £40m.

United boss Ole Gunnar Solskjaer is a huge admirer of the Netherlands international, 23, and has had him watched on a number of occasions.

It is understood United have now firmed up their interest with a medical and personal terms still to be concluded.

The transfer is expected to be finalised within days.

Van de Beek is set to sign a five-year deal, which should allow him to be available for United’s opening game of the 2020-21 season, against Crystal Palace on 19 September.

He will become Solskjaer’s first close-season signing after a much-publicised move for Borussia Dortmund’s England winger Jadon Sancho stalled over the size of the fee.

Van de Beek was part of the outstanding Ajax side that got to the Champions League semi-finals in 2019.

He was left out of Ajax’s friendlies with German pair Eintracht Frankfurt and Union Berlin over the weekend.