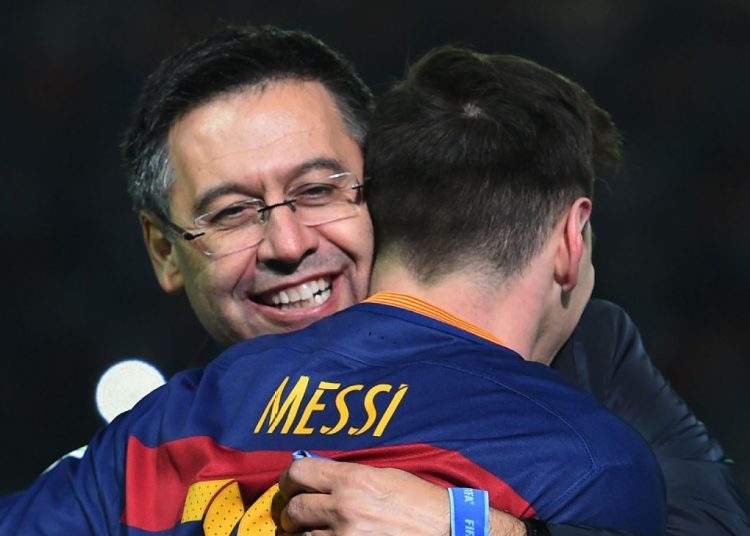 Barcelona president, Josep Maria Bartomeu could face a heavy fine or even serve a jail term if star man, Lionel Messi leaves the club during his tenure.

The 33-year-old is pushing for a move away from the Catalan giants after an increasingly frustrating season which ended with a mauling at the hands of Bayern Munich in the UEFA Champions League.

Messi reportedly isn’t training and also missed the club’s COVID-19 test ahead of the new season and has also threatened legal action in order to be allowed to leave the club on a free transfer.

Bartomeu, on the other hand, is staying resolute in not allowing the player leave and according to Guillem Balague, it is not just about Messi leaving but the president could be facing a heavy fine or jail time at the end of his tenure.

With the club’s elections around the corner, and the incumbent refusing to step aside, the sale of Messi would cause a lot of problems if a new president is elected with no Messi in the Barcelona setup.

Some fans would argue that Bartomeu has already mishandled the situation and the whole club, and that’s what’s put them in this position in the first place.

Fans of Messi believe the superstar should be allowed to leave the club for free and by mutual consent but the club wants the buying team to trigger his €700 million release clause.

If Manchester City or any club pay the Argentine’s release clause, Josep Maria Bartomeu would avoid any sanctions but allowing the player to leave for free would mean otherwise.

Should Bartomeu go to jail or pay a heavy fine if Messi leaves, it wouldn’t be the first time in the club’s history that something like this has happened to a club president.

As a matter of fact, Bartomeu’s predecessor, Sandro Rosell spent close to two years (20 months) in jail for the sale of Neymar and misappropriation of funds.

Lionel Messi at Barcelona is more than just a footballer, he is an institution and a valuable asset of the club, losing him will come at a huge cost.