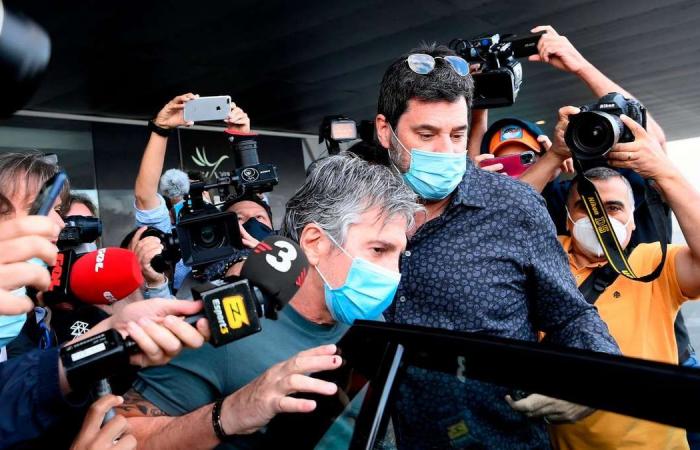 Jorge Messi has been in Barcelona in less than 48 hours and is expected to hold crunch talks with Barcelona’s top hierarchy concerning his son’s future.

As he landed in the Spanish city, Desportes Cuatro managed to squeeze a few words of Lionel Messi’s father.

He described the whole situation as difficult and also that he has not spoken to Manchester City boss, Pep Guardiola over a possible move.

Here’s how it went:

Desportes Cuatro (DC): Jorge, Hello … Is Leo going to leave Barça or what?

DC: And Manchester City is a good option?

JM: I don’t know, there is nothing.

DC: Did you talk to Pep and he told you that maybe it is better that you stay at Barça?

JM: I didn’t talk to Pep

DC: Didn’t you talk to Pep?

JM: No, with nobody

DC: And how do you see the future at Barça?

Jorge Messi is in Barcelona to negotiate his son’s exit from the La Liga giants but the club remains adamant they do not want to sell the player at any fee.

Barcelona has already put a two-year contract extension on the table but the Argentine footballer who has grown frustrated at the club wants to leave.

Lionel Messi has a release clause of €700 million but the 33-year-old thinks he can terminate his contract thanks to a special proviso in his contract.

According to ESPN, the Catalan giants think Messi would have to relinquish his whole salary, in addition to not signing with a new club until next summer if he wants to depart for free.

That means Messi would have to miss the entire season in order to secure a move away from Barcelona.