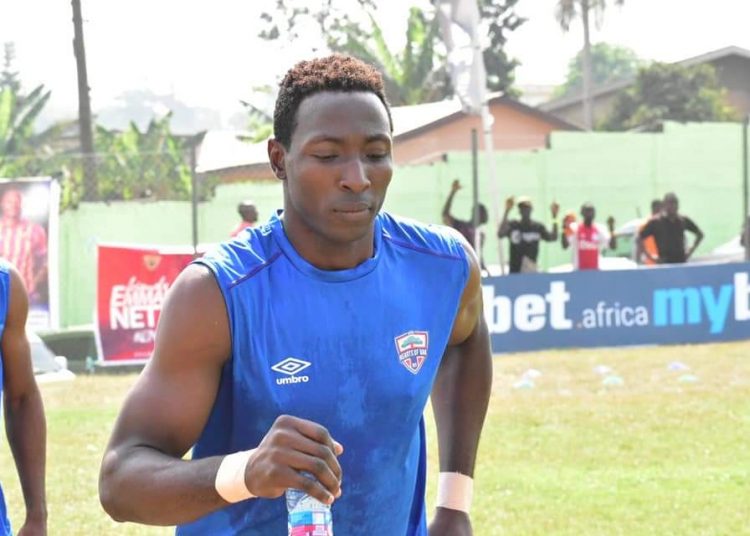 Accra Hearts of Oak have slapped $200,000 asking price on forward Kofi Kordzi who is being pursued by Qatari side Al Sailiya.

According to the Managing Director of Hearts of Oak, Frederick Moore, the club is open to doing business under the right conditions.

“Hearts board want the striker to stay, we will do our best but if he wants to go, we will allow him”, he told Oyerepa FM.

“The proposal didn’t quote any figure, but in negotiating with them that was where the $200,000 came in”, Mr. Moore added.

“We have met the player to extend his contract, and this was when this proposal came in,” he said.

“We will do what is best for the club and the player as well.”

Hearts of Oak signed Kordzi from second division side, Royal FC, in 2019 in a three-year deal.

He scored six goals in his 14 outings for Phobians, making him the top scorer for his club in the 2019/20 truncated Ghana premier league because of Coronavirus