Greenwood, Foden reportedly ‘kicked out’ of England camp after bringing in ladies to team’s hotel in Iceland 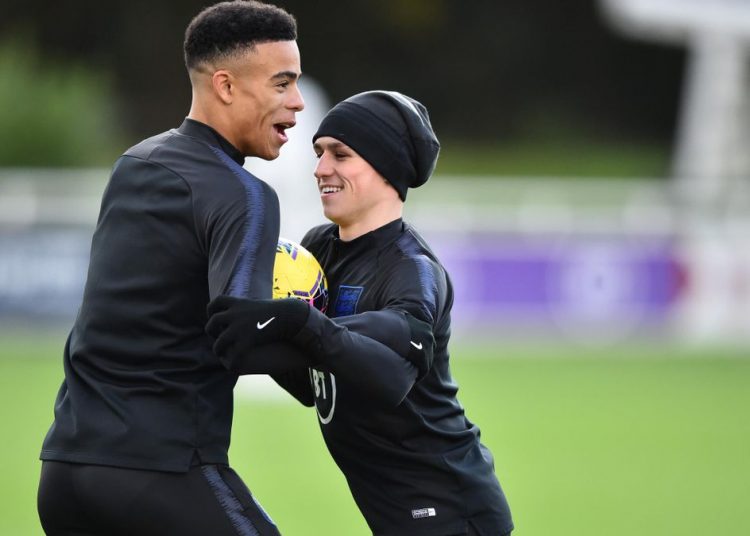 England youngsters, Phil Foden and Mason Greenwood have been sent packing from camp after footage emerged of the pair bringing girls into the team’s hotel in Iceland.

Footage of Mason Greenwood and Phil Foden in the hotel in Iceland. pic.twitter.com/AamTEissem

The duo made their senior national team debuts in England’s win over Iceland on Saturday night – Phil Foden started the game but was replaced by Danny Ings and Mason Greenwood came in for Harry Kane.

However, their accomplishments have been overshadowed as the pair have reportedly been sent back to England after they were recorded bringing in ladies to the hotel breaking COVID-19 safety protocols.

The video of Phil Foden, 20, and Mason Greenwood, 18 was published by the Icelandic media outlet, DV.

In the short clip, Foden and Greenwood appear to be wearing their new England training wear and the players are now in hot water with management.

In an interview with DV, one of the girls in the Snapchat video allegedly filmed in the hotel room said: ‘We had no idea about these [Covid-19] rules, they never said we could not take pictures.’

Another girl claimed to have notified the England stars that the pictures were in circulation with a Snapchat message, but ‘they have not opened it’.

She also claimed to have been in a relationship ‘with one of the boys for a few days, noting: ‘The only thing I can say is that I had been talking to one of them for a few days. I’m not going to say where.’

Mason Greenwood is 18 years old and became a superstar with Manchester United last season, he is single. Foden, on the other hand, is in a relationship with Rebecca Cooke and they have a two-year-old boy together. Foden is in his twenties and started his first national game on Saturday, but Greenwood made his debut when he came in as a substitute.

Southgate described the pair as “naive” and said they have apologized.

“Two of the boys have broken the Covid-19 guidelines, in terms of our secure bubble,” Southgate said on Monday.

“We had to decide very quickly that they couldn’t have any interaction with the rest of the team and wouldn’t be able to train.

“Given the procedures, we have to follow now they will have to travel back to England separately.

“Nothing has happened in the areas we occupy in the hotel.”