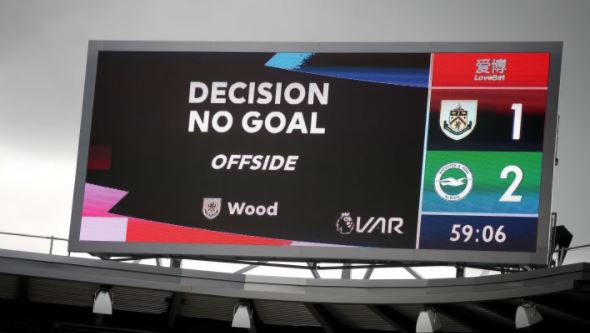 Oh VAR, that contentious, infuriating technological advance that was the source of so much frustration and anguish last season.

Whatever we think of it, it’s here to stay and changes are being made ahead of the new 2020/21 Premier League season to ensure it runs smoother than last time. We can hope.

Prior to everything kicking off on 12th September, here is a roundup of the alterations we will see in VAR for next season, courtesy of ESPN.

Regular Use of Pitchside Monitors

One of the blood-boiling aspects of last season’s implementation of VAR was the match referee not utilising the pitchside monitors. When certain decisions were overturned by the folks in Stockley Park, that level of accountability for the man in the middle was missing.

Now, being encouraged to check decisions they’ve made on-field without resorting to VAR’s interpretation will, hopefully, prevent blatantly missed calls such as the baffling red card decision missed with Giovani Lo Celso’s tackle on Cesar Azpilicueta at Stamford Bridge.

Use of the monitors will be left solely for potential penalties and red cards, not for decisions such as offsides. As ever, it will fall on VAR to advise the referee to check calls they’ve made prior to any consultation with the monitors.

We never received compensation from Kotoko after 2017 accident – Eric Donkor

We never received compensation from Kotoko after 2017 accident - Eric Donkor