We never received compensation from Kotoko after 2017 accident – Eric Donkor 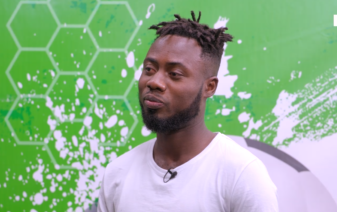 Former Asante Kotoko deputy captain Eric Donkor has revealed that the playing body did not receive any compensation from the club after their unfortunate accident back in the 2017.

The Kotoko team bus was involved in an accident when returning to Kumasi from Accra after a GHPL game against Inter Allies, which claimed the life of the team’s  deputy chief equipment’s officer, Thomas Obeng Asare and injured several of the playing body including the coach Steve Polack and his assistant Godwin Ablordey

Speaking on Citi TV’s Football Made in Ghana, Donkor  said the playing body received no compensation whatsoever from Kotoko.

“The only money we received was from the Professional Footballers Association of Ghana, apart from that we have not received any compensation from anyone.” He concluded.