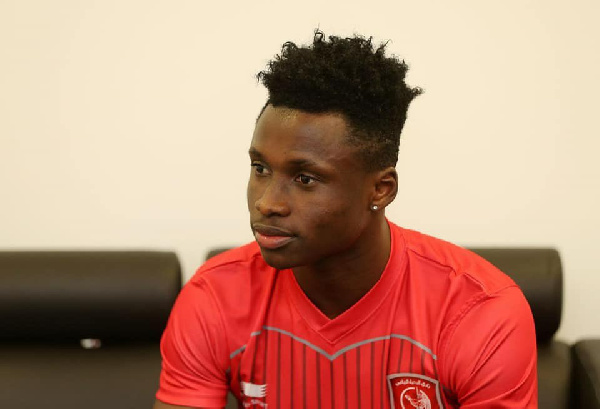 Mensah is joining the newly promoted Qatar Stars League side on a season-long loan from Al Duhail SC.

The 22-year-old joined the Qatari champions Al Duhail in December 2019 following his excellent outing in the U23 Africa Cup of Nations in Egypt.

He was named in the Best XI of the tournament as Ghana finished fourth.

Mensah was loaned to Portuguese side Portimonense SC in January 2020 where he had a decent campaign.

The former HJK Helsinki and Inter Allies FC is expected to get much playing time in the 2020/2021 campaign.

Mensah’s move to Al Kharaitiyat will be announced in the coming days.