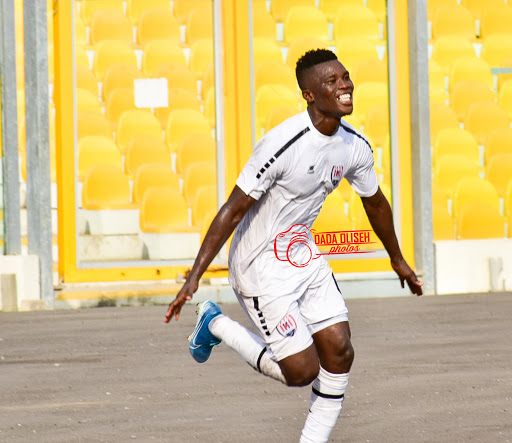 In round 7 of the truncated 2019/2020 season Ghana Premier League, Inter Allies’ Samuel Armah produced a moment of exceptional individual skill that resulted in a wonderful goal against King Faisal.

The Tema-based football club beat King Faisal 4-2 at the Accra Sports Stadium to keep them within range off the top four.

The 20-year-old ran from the centre of the pitch, beat the only defender in his way and calmly slotted beyond the reach of the goalkeeper to double the lead for Inter Allies on the 36th-minute.

Samuel Armah would go on to score his second goal of the day and the third of the season later in the game to hand Eleven Is To One a vital win over relegation-threatened King Faisal.

Catch him if you can – Samuel Armah ⚽️