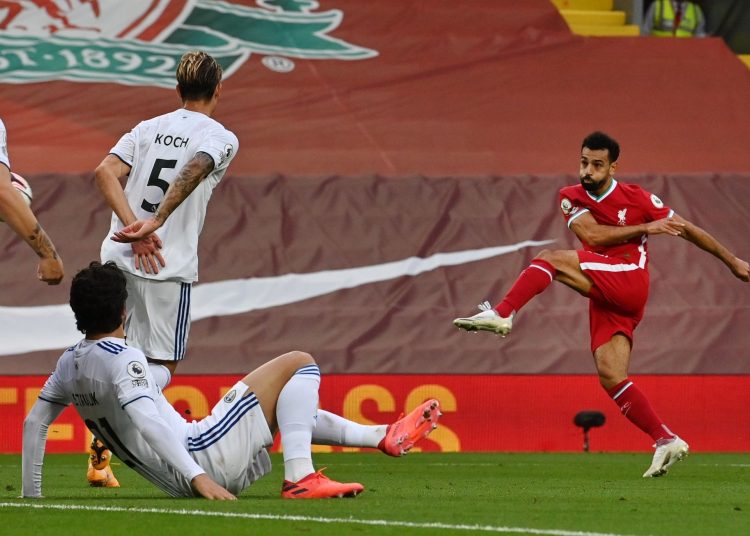 The man who got Liverpool going and definitely showed he would be their go-to-man. The thunderbolt second goal was the cherry on top of it all. He was the man who seemed likely to make anything happen for Liverpool and was cool and calm when the opportunity came to give Liverpool the win with the penalty.

Andrew Robertson- A constant threat going forward but offered little protection to his goalkeeper and was the man to stop the ball in from Helder Costa but failed to do the closing down.

Virgil Van Dijk- A shadow of the man we saw last season. He was at the end of an excellent Robertson cross but failed to show composure on multiple occasions at the back and ultimately cost his team his all the goals conceded.

Joe Gomez – Gomez looked short on confidence and just got beaten too easily by Jack Harrison for the first goal.

Trent Alexander-Arnold – TAA was lost throughout this game. His attacking threat didn’t exist as he was pinned back by the attacking threat of Jack Harrison. He was beaten too easily for the first goal and played a role (with a poor throw) for the third goal conceded.

NEXT FIXTURE: Chelsea (A)

If this season opener for the Reds is anything to go by, Frank Lampard would be licking his lips with the attacking talent at his disposal. Liverpool need to get their team sorted out defensively whiles getting elements of sloppy play out of their game if they don’t want to be punished by the Chelsea fantastic four.

Liverpool have now won each of the last 35 premier league games in which Salah has scored.  He has overtaken Wayne Rooney’s competition record of 34 consecutive wins when scoring from September 2008 to February 2011. Without a doubt, Salah showed his class again with his performance today. He’s the reason Liverpool fans can go to bed feeling this season could be another good one.

This man just got his England debut and showed some different classes against the champions with a very commanding performance for most of the game. His passing range and accuracy got Leeds back into the game when they needed it most. He would definitely be one to get the Bielsa machine running this season.

Not the PL debut Robin Koch would have imagined for himself. To give away a penalty the way he did, to be outsmarted to give Van Dijk a free run to goal, to be unable to throw yourself in the way of the Mo Salah strike, you really realise it’s not going to be your day. He would hope play familiar opponents in Fulham will bring him better luck.

Playing fellow new boys presents a familiar challenge for Leeds after spending last season together in the Championship. Leeds would be confident on the back of this performance against the Champions. Rodrigo would want to banish memories of his contribution to the loss against Liverpool with a diminishing performance and end up on the right side of the result next time around.