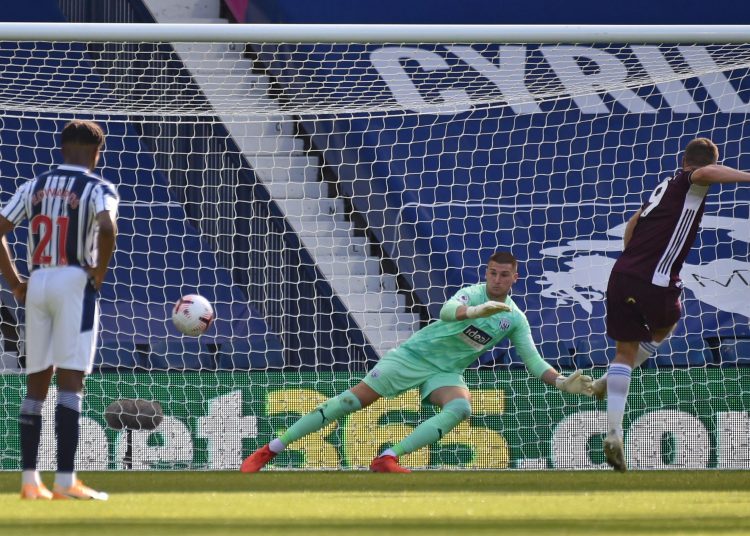 In a typical first game of the season for both sides, Vardy’s prowess from 12 yards proved the difference as the striker got the defense of his Premier League Golden Boot off to a flyer with two unstoppable penalties.

The England international was the top scorer with 23 goals last season and was ice cool as he converted two spot-kicks in the second-half in another productive outing for the 33-year-old.

And his brace also saw Vardy equal a scoring record set by one of the Premier League’s greatest ever frontmen, Van Nistelrooy.

5 – Jamie Vardy has scored in all five of his away Premier League appearances against West Brom – the only player in Premier League history to play in as many away matches against an opponent while scoring in each game is Ruud van Nistelrooy against Newcastle (also five). Thorn. pic.twitter.com/RsmCQJfeAz

Vardy’s double meant he has now scored in all five of his visits to the Hawthorns in the Premier League.

The only other player to achieve the same feat? Van Nistelrooy for Manchester United against his favourite team to score against – Newcastle.

Timothy Castagne was also on target with a debut goal for Leicester following his summer arrival from Atalanta.

West Brom, returning to the top flight after two years, impressed in the first half but wilted once they fell behind to the Belgium full-back’s second-half opener.